Cook macaroni as indicated on box.  If you can do it in a stove-to-oven pan (Corningware, etc.), so much the better; you'll have one less pan to wash.
Drain macaroni and return to pot.  Over low heat, add margarine and stir to melt.  Sprinkle on flour and seasonings and blend well.  Add evaporated milk and let it get hot.  Stir in cheese a handful at a time until melted.  It's a little pale at this point, so pour into a greased casserole (if necessary) and shove it under the broiler for a minute to brown.

Ingredients!  I forgot to take a picture of the macaroni, so use your imagination.  Couple of notes here:  Oddly, butter doesn't make this any better and margarine's cheaper so...  Also, lowfat or skim evaporated milk work just fine.  Don't use lowfat cheese though.  Because it's nasty. 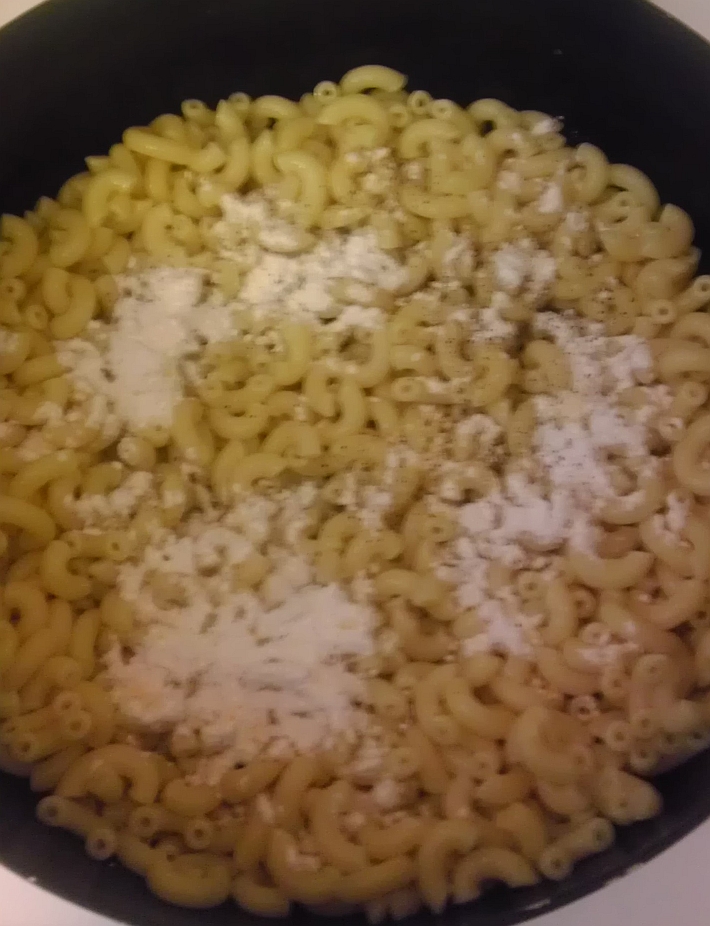 Flour! Actually, it's the flour, mustard, salt and pepper.  Just mix it into the drained and margarined macaroni until it disappears.  At this point, you're going to think--as I did--"Oh, this will never work."  But persevere. 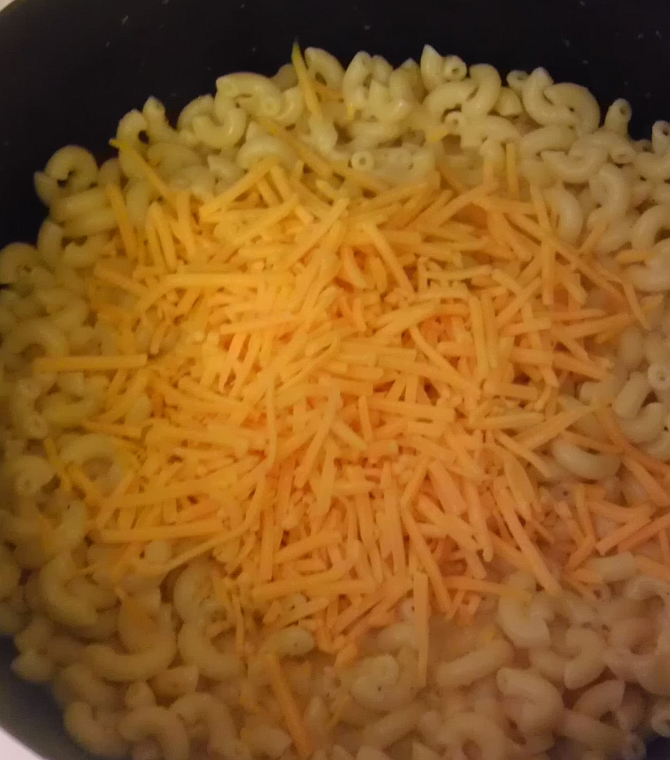 Cheese!  Mmmm.  Cheese.  Try not to eat it all before you add it.  Let the milk warm up before adding the cheese and keep the flame low, otherwise the cheese will get stringy. 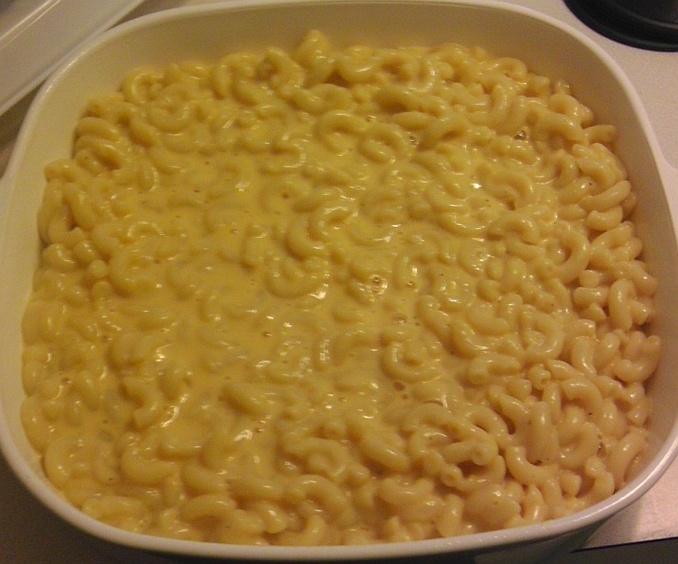 Done!  Well, almost.  It's kind of pale at this point, so broil it a minute to brown the top.  I tried putting it in a hot oven for a while (because my broiler isn't that great), but the heat just broke down the cheese and made it a little gritty.  Still delicious, but I don't recommend baking it. 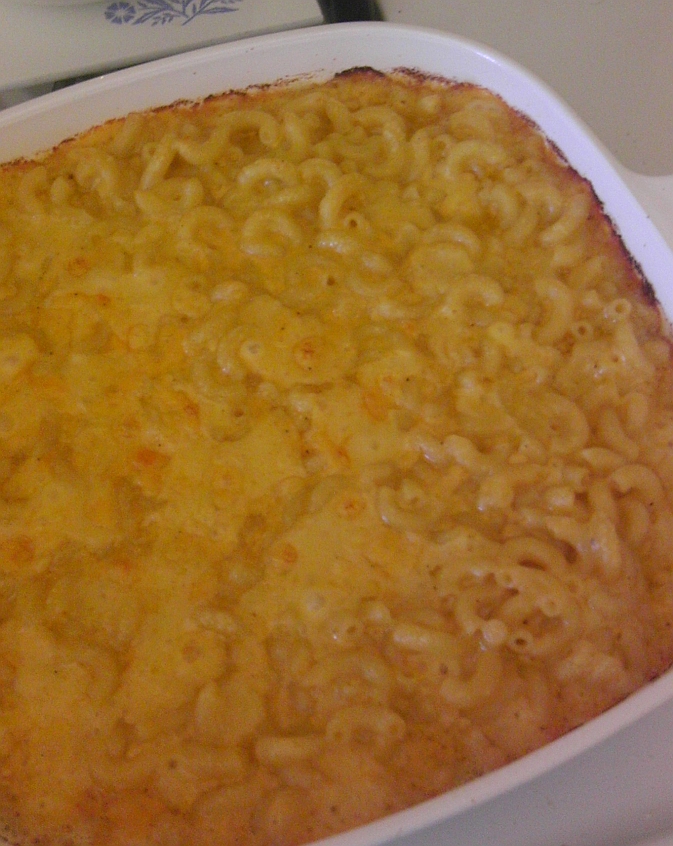 Brown! Well, sort of.  A little.  Around the edges.

This is a recipe from Family Circle (I think), around 1964 that I adapted.  The original recipe was made in a skillet without precooking the pasta, but I just didn't like the way it came out.  So I fiddled and came up with this.  The original recipe also called for a whole stick of margarine, which is nothing short of insane.  Half a stick is fine.  When you read the recipe, it doesn't sound like much--and doesn't even sound like it's going to work.  But it comes out creamy and rich and delicious.  I don't understand it at all.

Email ThisBlogThis!Share to TwitterShare to FacebookShare to Pinterest
Labels: recipe