Once again, it was a rather disappointing weekend for thrifting. Unfortunately, we didn't get to do our usual Sunday rounds.  Instead, we went to hubby's office and worked on a project that needed to get done.  The good thing is that, given the way the thrifts have been lately, it's unlikely we missed out on much!  With any luck, we'll be back to our usual routine next week.

I did find a couple of things, and I have some other stuff to share, which makes me feel better.  Since I really only post once a week, I hate it when we find nothing and I have nothing to post about. 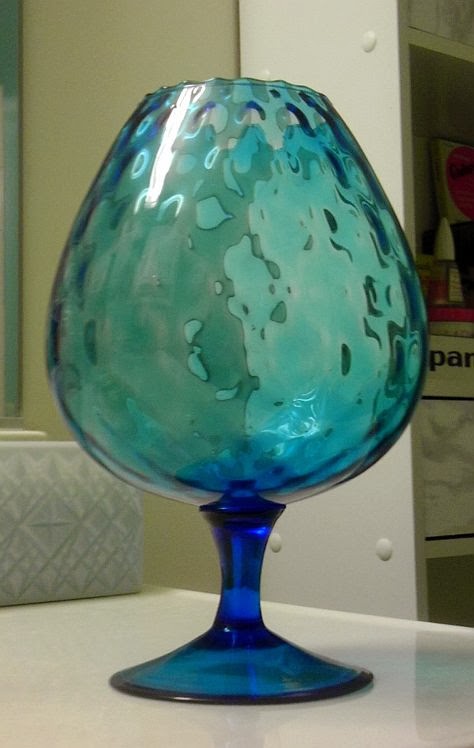 1.  Blown glass snifter!  Lately, hubs and I have been hitting the thrifts and hubs makes a quick trip around then goes out to smoke while I look more carefully.  When I saw this on the shelf, I figured he had either seen it and didn't want it or missed it completely.  As soon as I spied this beauty, my little hand shot out and snatched it.  Those who have been paying attention probably realize that I love this color, having in the recent past purchased this:

So after I bought it, I showed it to hubs, who immediately made an "Oooh!" face and said he must have missed it.  Since he liked it so much, I gave it to him to add to his collection at work.  Also, the price was right:  $0.48! 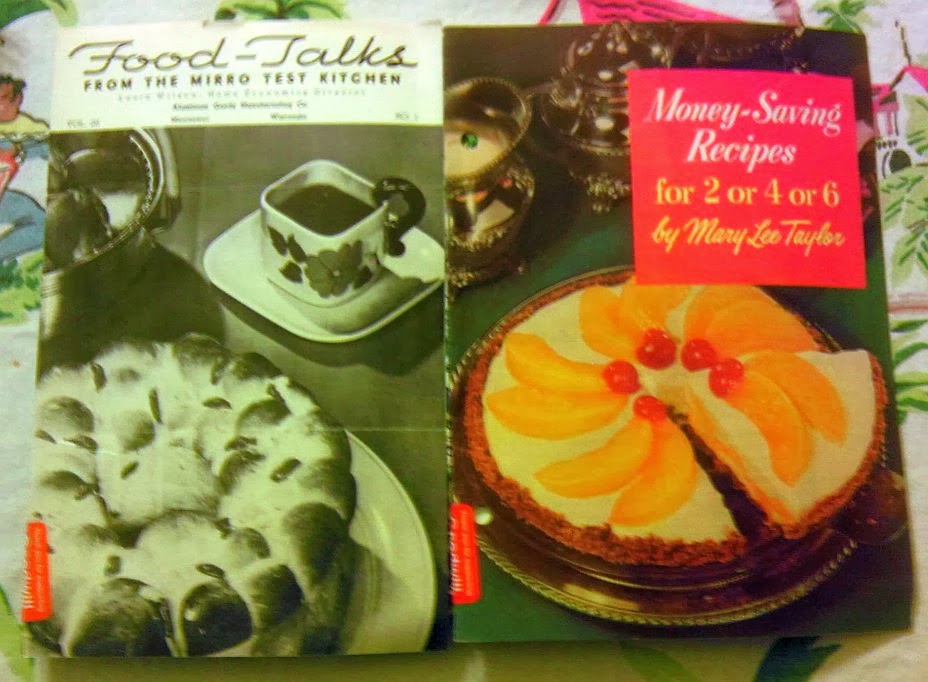 2.  Cookbooklets!  I love these little booklets, generally put out by food manufacturers, encouraging mid-century housewives to use, say, Crisco, in everything from biscuits to coffee.  The one on the left touts Mirro bakeware, the other one is published by Pet evaporated milk.  Neither one seems to have any outstanding recipes, but I only glanced through.
And here's my rant about these.  Someone gave a buttload of these to one of the Goodwills I frequent.  What the GW has done is painstakingly adhered a non-removable price sticker to each and every one, each with the price of $1.19!!  Really, Goodwill?  A lot of these are like, four pages long, and now they're ruined by having huge price labels on them.  What they should have done was put a fistful of them in a baggie, and sold that for $1.19.  The only reason I bought these two was because it was half-off red tag day.

What I Made This Weekend Department.

I'm not exactly sure why I took these pictures this weekend, but as long as I did, I thought I'd share 'em. 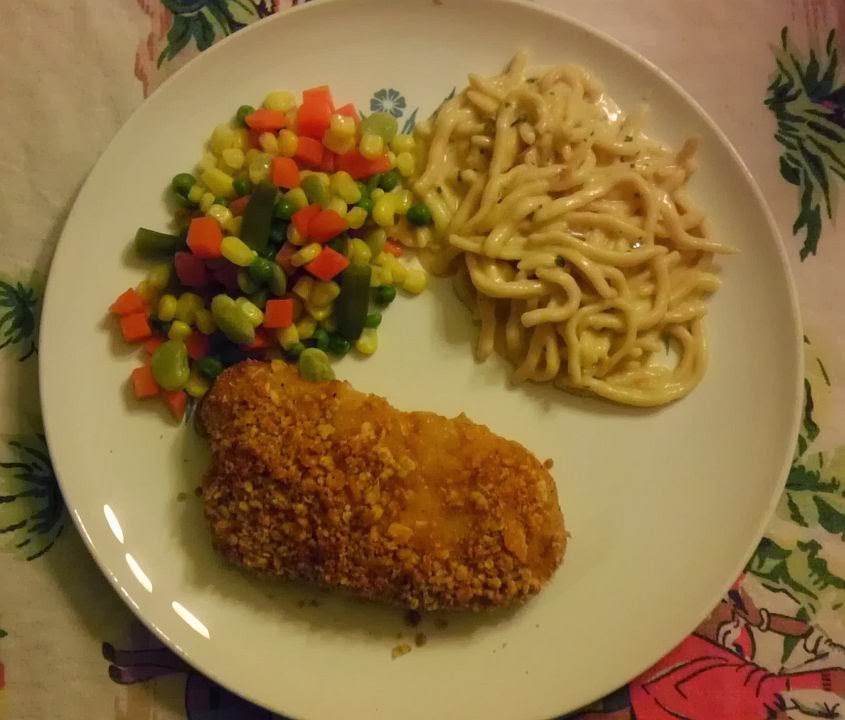 Dinner!  Last night we had Ritzy Pork Chops with spaetzle and mixed vegetables.  I thought the chop was kind of meh, but hubby liked his.  This is one of those dishes I'll make one more time, changing up the seasoning.  If we don't like it the second time, I won't make it again.
Go check out Heidi's blog, if you can.  She doesn't update regularly, but I've come across a lot of recipes there that I want to try. 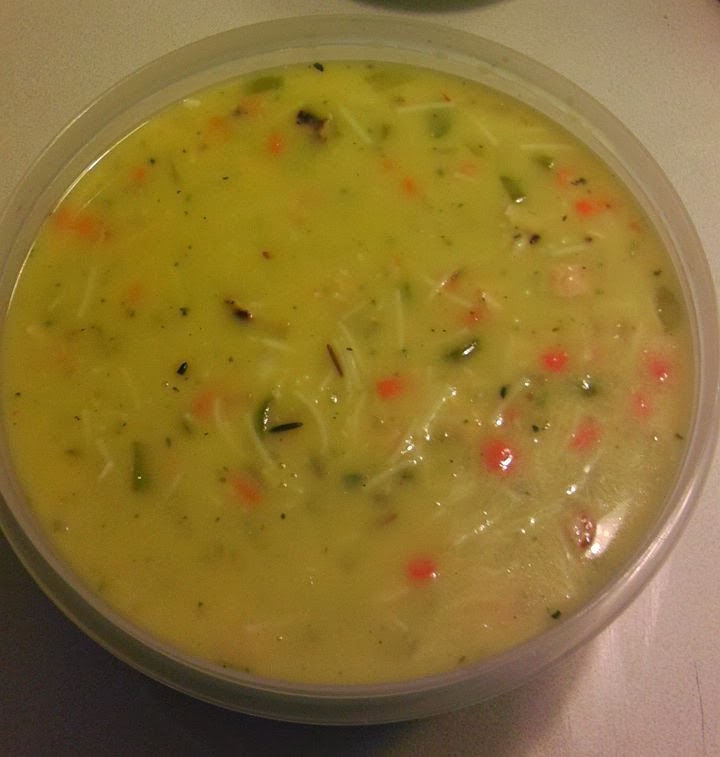 Tonight's dinner!  This is Chicken & Wild Rice soup, that I thought I got from Colorado Lady but when I went to look for it, I couldn't find it.  I have a really bad habit of copying recipes from the Interwebz and not noting where I got them.  We haven't had this yet, so I can't give a review.  I'll update tomorrow and let you know what we thought.  If it's good, I'll share the recipe, too.

Edit:  Hubby approved of the soup (though again, I thought it was kind of meh), so here's the recipe:

In a sauce pan saute together the onions, carrots and celery (add a little oil if you want, it's really not necessary)*.

Add the water, rice with contents of seasoning packet and soup mix. Bring to a boil. Reduce heat; cover and simmer for about 10 minutes. Stir in soup and chicken. Cook 10 minutes longer or until the rice and vegetables are tender**.

* I used a little oil because I didn't want it to stick.
**This took more than 10 minutes to cook the rice. 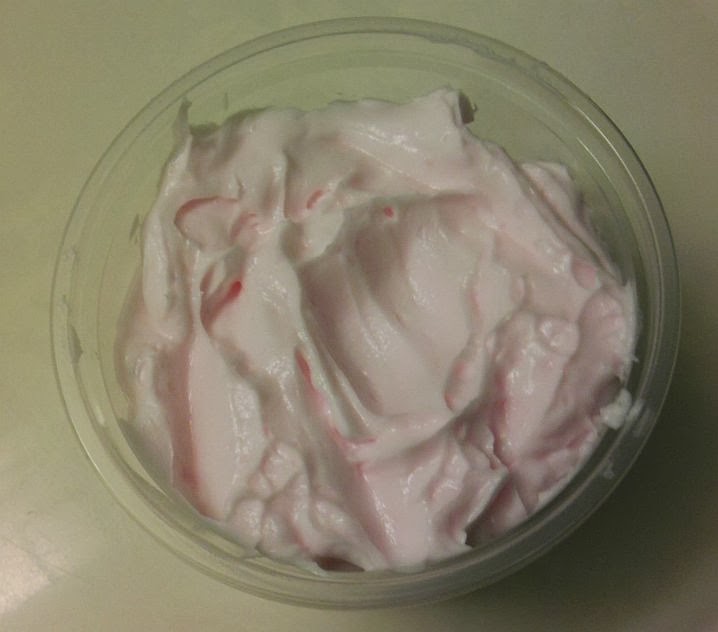 Goop!  That's what hubby calls it, anyway.  Actually, it's homemade moisturizer, courtesy of Colorado Lady.  Hubs and I both get really dry skin in the winter (and I've started already), and I thought I'd give this a try, just to say I did.  It certainly was easy to make!  I've only used it a couple of times and it seems pretty good, but it'll take a couple of weeks of regular use, I think, to really come to any conclusion.  I thought it was going to be too greasy for hand cream but it's not.  Still, if I make this again, I might cut down on the petroleum jelly next time.

And that's it from Fondue Headquarters!  I'm keeping my fingers crossed that next week I'll have all sorts of really nifty bargains to show you!

Linking up this week at Sir Thrift A Lot, The Nifty Thrifty, and We Call It Junkin