So how was your Thanksgiving?  Great, I hope.  Ours was wonderful.  There was an exploding gravy situation, but otherwise it went off without a hitch.

Thrifting.  Both Hubs and I were off Black Friday so we hit a couple of thrifts we don't usually cover.  As a matter of fact, we went to nine thrift stores this weekend, and boy, am I tired of looking at ugly Christmas crap.  Really, the stuff in the stores is just beyond the pale.

One store we went to actually participated in Black Friday.  Driving up, the parking lot was full, which it never is.  I said to Hubs "Do thrift stores do Black Friday now? Is that a thing?"  Hubs didn't know, but we finally found a parking spot.  I went in and noticed there were no carts to be had.  Odd.  Then I noticed the blackboard at the front of the store offering 50% off everything in the store.

Luckily, there was only one thing in the store I might have bought (a very cool vintage Christmas tree stand which would have been $12.50), but the checkout line was snaking all around the store.  That's not too bad until you realize that every single person in line had a cart that was overflowing with crap.

To make a long story longer, we had better luck on Sunday, which is when I picked up the following: 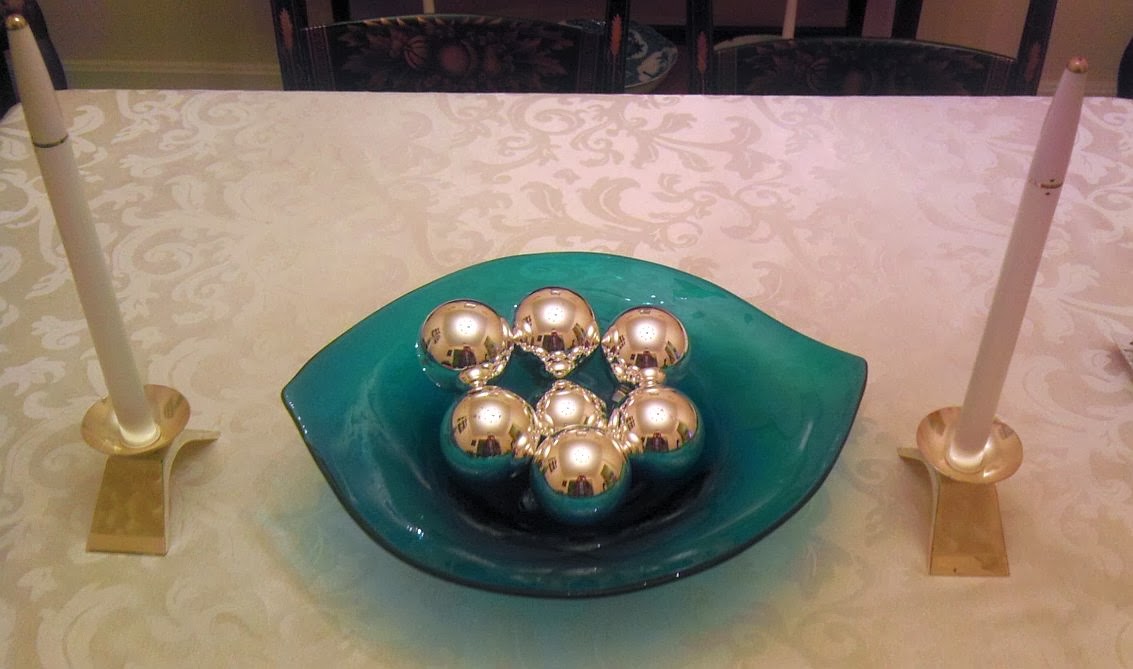 1.  Silver balls!  Not vintage Shiny Brites or anything, just commonplace silver Christmas tree balls.  It was Hubs' idea to fill the blue bowl with these, and I like the way it looks.  Might need to add a couple more, though.  Savers, $1.99

2.  Trivets!  Thanksgiving dinner taught me that you can't have too many trivets.  These three were all taped together and sold as a group.  I don't really care what they look like, as they will by necessity be covered while in use.  Goodwill, $1.50 for the bunch. 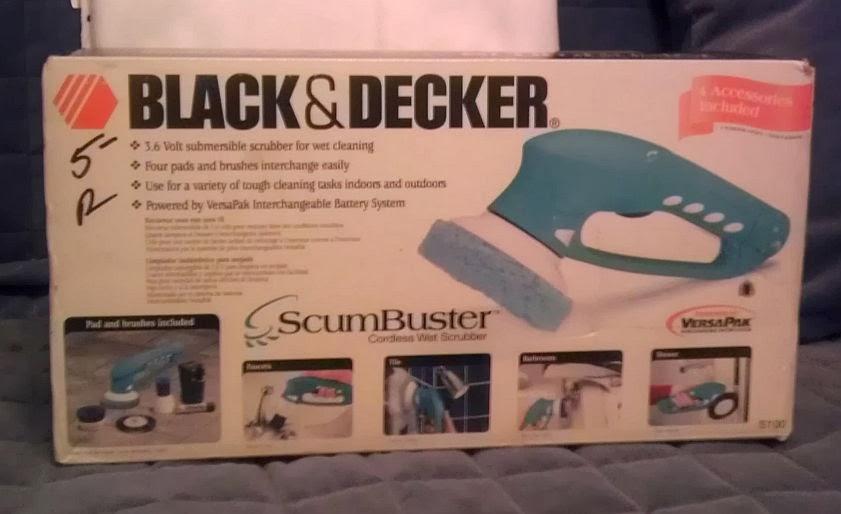 3.  Scumbuster!  I almost got one of these at Savers a couple of weeks ago but didn't feel like standing in line. So yesterday I saw this and snapped it up.  Other than one of the pads, it looks unused.  Of course, the hard-to-find battery doesn't work, but I can use one of the replacements I got for my Floorbuster a few months ago.  Depending on how often I use this, I might invest in another battery. Goodwill, $5.00

4.  Compact-O!  It's actually an electric defroster, but I love the name "Compact-O."  One of these was floating around a different Goodwill for a while, but they wanted six bucks for it and I was too cheap.  By waiting, I got this for half the price.  Now I can defrost my big freezer. I understand you're supposed to do that twice a year.  Are you laughing as hard as I am?  Goodwill, $3.00

Wow.  This was the biggest week of thrifting I've had in a long time! 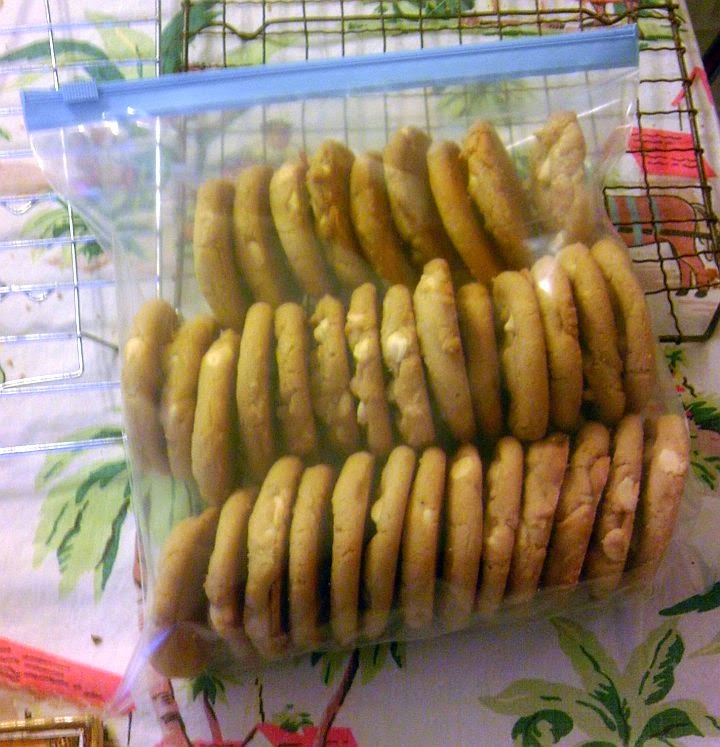 A.  Platinum Blondes!  These are for the cookie exchange at work.  I needed 36 cookies and the recipe made 37, so I got to taste one.  Actually, it seemed kind of dry, which is weird.  Oh, well. 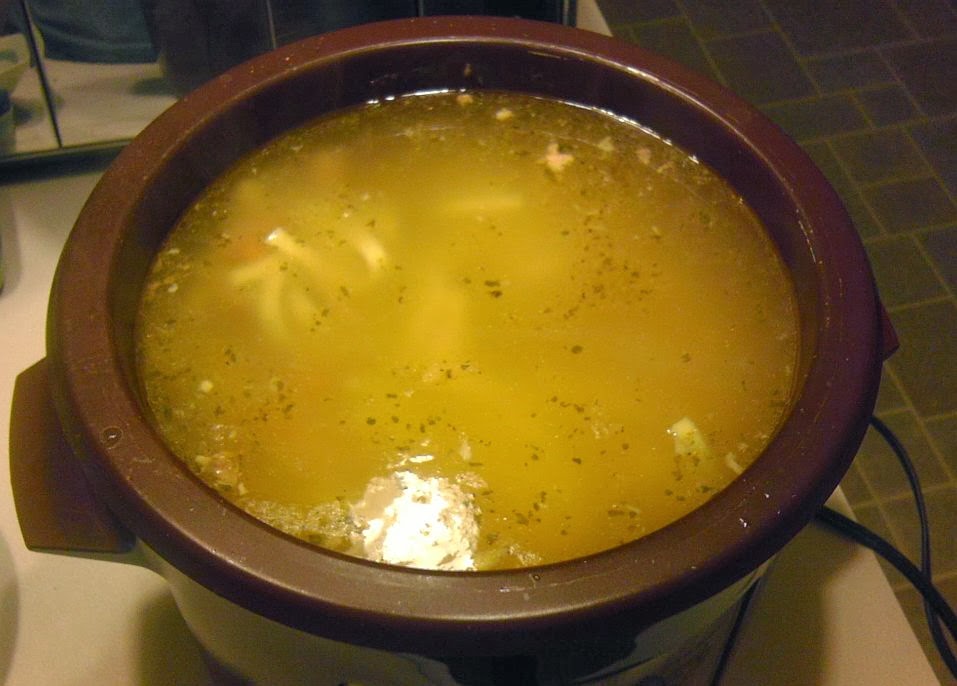 B.  Gallons and gallons of turkey soup!  We ended up with far fewer Thanksgiving leftovers than I had hoped for.  I saved the two drumsticks so that we could make soup.  I was extremely hesitant about doing this, probably because I had been traumatized by my mother's chicken soup.  But we gave it a go last year and it came out really well, so I did it again.  Half of the batch went into the freezer. 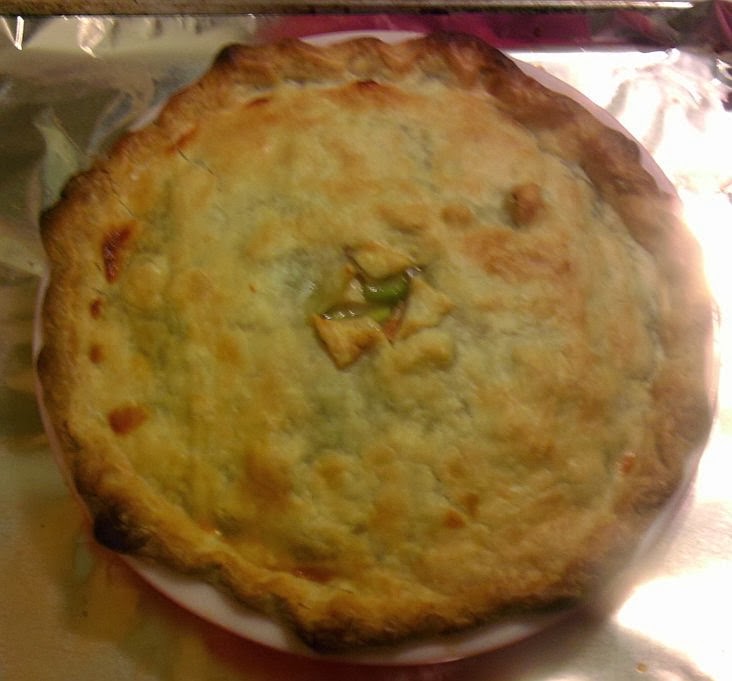 C.   Turkey pot pie!  No picture yet, as it hasn't been baked--I'll post it tomorrow.  I totally forgot to put the potatoes in, but it should be okay without them, right?  And look at how forward-thinking I am:  the cookies I made called for an egg plus another yolk.  So I saved the remaining egg white to brush on the crust!  How organized is that?  Okay, it's really not impressive at all, but if you knew me, you'd understand what a major accomplishment this is.
EDIT: Picture added.  Hard to tell, but I made the pie in my Flamingo Pink Pyrex pie dish!

And that's it for this week's installment. Linking up with  Sir Thrift A Lot, The Nifty Thrifty, Thrifter/Maker/Fixer/Farm and We Call It Junkin