How's everyone getting along with their Christmas shopping and other preparations?  While I'm not done (I tend to go right up to Christmas Eve), I'm far enough along that I'm no longer in a panic.  That's a good feeling.

Thrifting was again kind of thin, but I was not totally without any treasures.  Even Hubs managed to make a purchase this week--something that hasn't happened in quite some time.  So we're happy.

Boy howdy, though, I am sick of looking at ugly Christmas stuff.  My eyes were literally hurting from some of the stuff I saw--and there was lots of it this week.  Let me put it this way:  the top 10% of the stuff--the highest-quality, the absolute peak--originally came from Wal Mart.  That'll give you a clue as to what I was looking at.  There was nothing vintage, nothing charming, nothing I would allow in my house.  I might have to start shopping out of state for Christmas stuff.

But enough bellyaching!  On to the week's treasures! 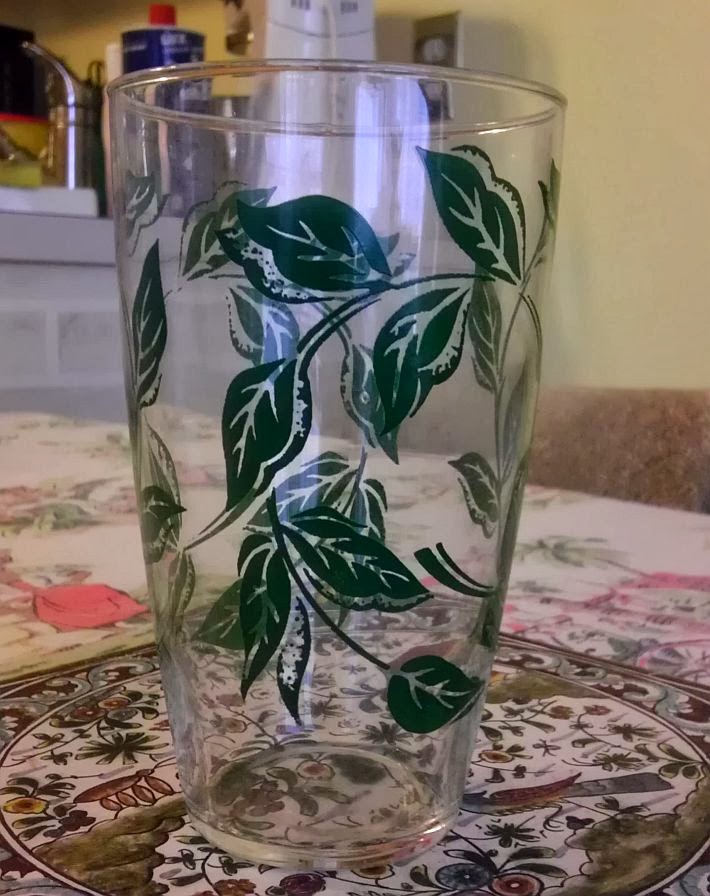 1.  Questionable glass!  I picked this up on the off chance that it's a Swanky Swig.  Does anybody know?  It's 5.25" high and 3.5" across, if I remember correctly (and that's kind of a slim chance...)  The glass itself seems a little thin to have once been basically a jar, but what do I know?  The Goodwill had an even dozen of these, but I only bought this one.  Goodwill, $0.48 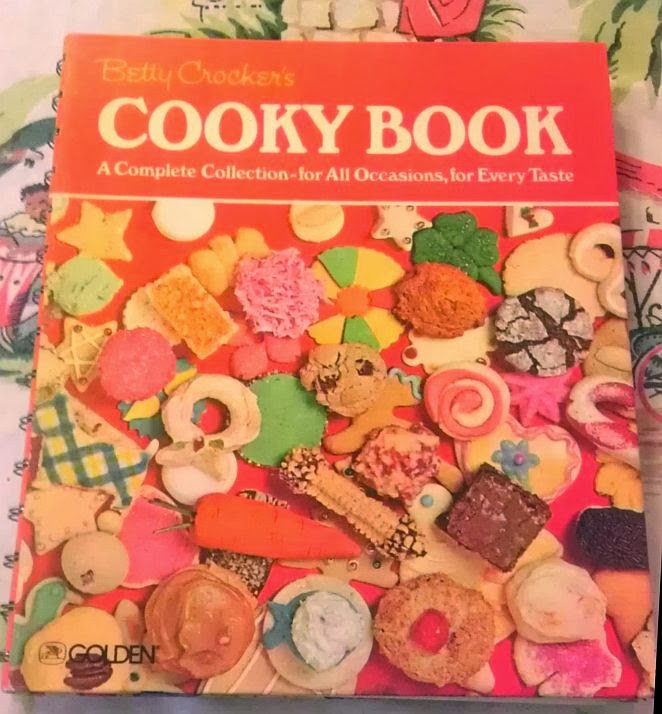 2.  Cooky book!  Good heavens, what the hell am I doing buying a cookie cookbook?  Well, I'll likely never make any of the recipes, but these old Betty Crocker cookbooks are fun to read.  Plus, I like the way Betty spells "cooky."  This is a 1978 printing of the 1963 (I think) edition.  Goodwill, $2.62. 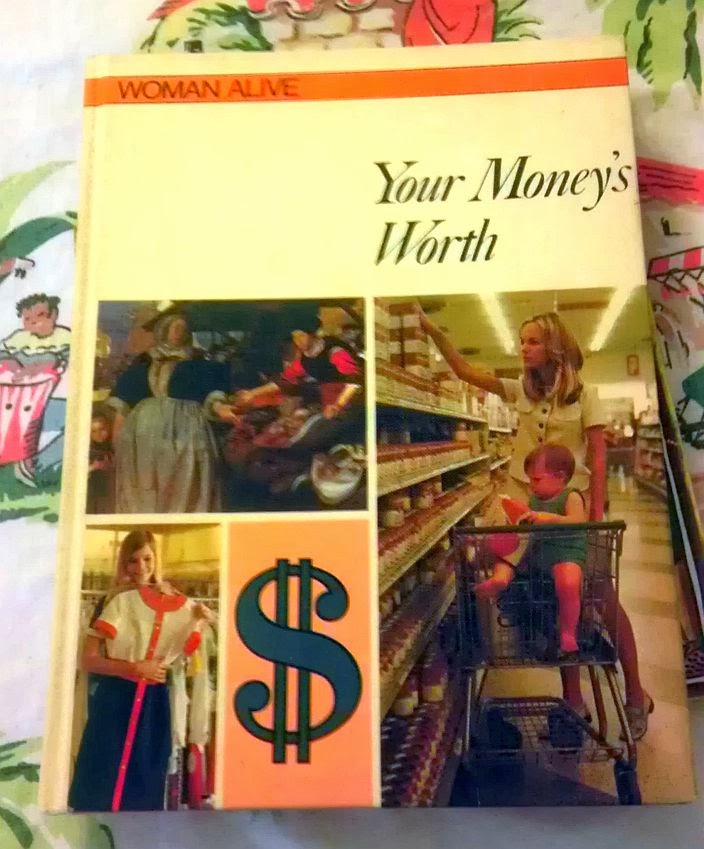 3.  My Money's Worth!  I'm a little unsure about this volume.  It seems to be part of a set called "Woman Alive", but I didn't see any of the others when I looked.  It seems textbook-y, if you know what I mean. Like something that would be used in a High School Home Ec class.  Anyway, there are all sorts of tips for choosing healthy foods, how to dress well without paying a lot, the best time of year to buy certain things.  The kind of information I need!  Did you know that you can expect your sewing machine to give you 24 years of service, no matter how much you spent on it?  You heard it hear first, folks!  Goodwill (the one where we hardly ever find anything), $2.62.

What I Made This Weekend Department: 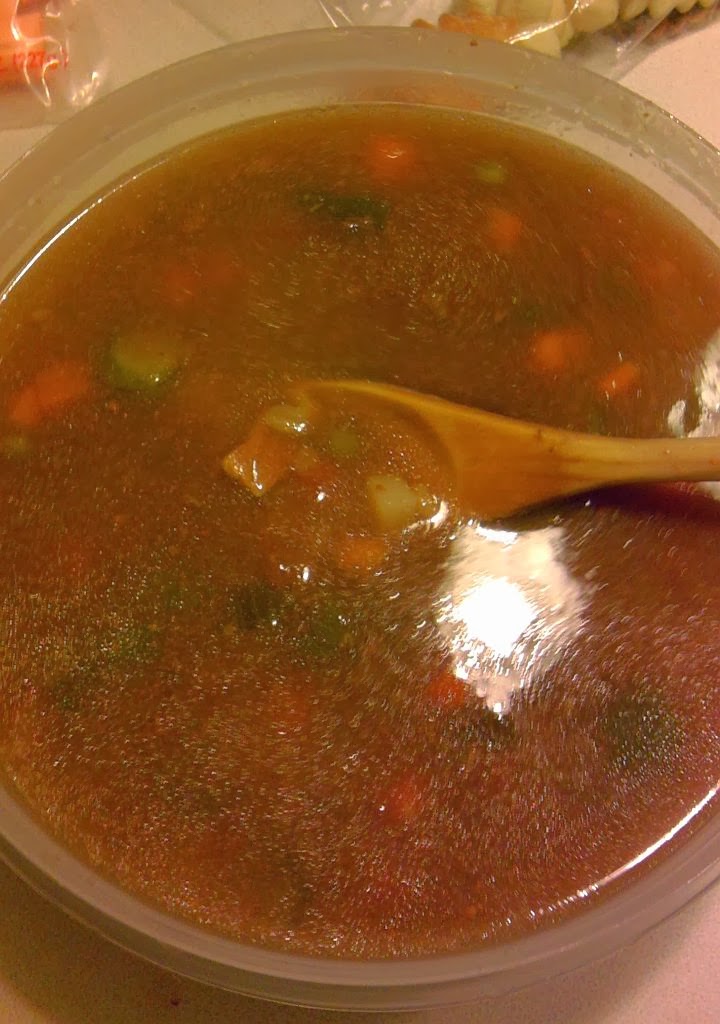 A.  Vegetable soup!  With beef, actually.  Had this simmering in the Crock Pot yesterday and when we came home from shopping, the house smelled really nice.  That's kind of the magic of using a Crock Pot.  Half the batch went into the freezer. 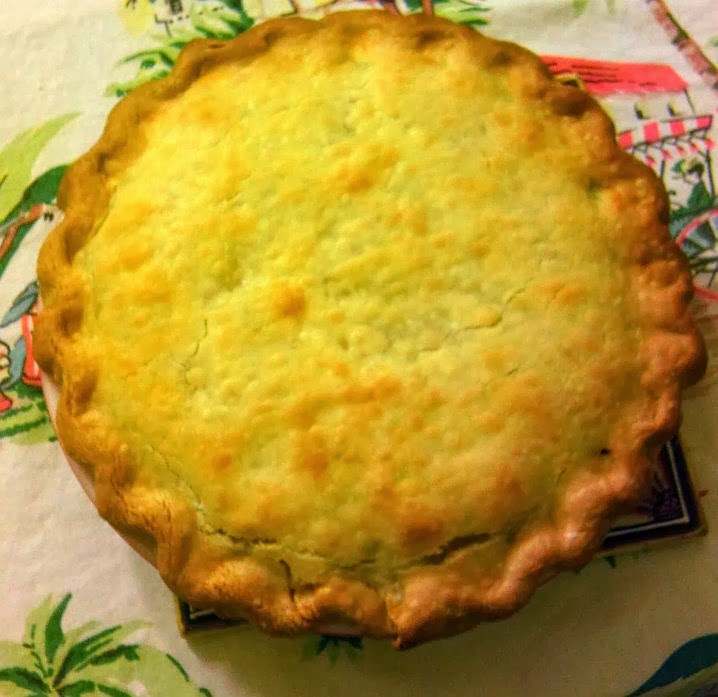 B.  Sausage Pie!  Hubs and I both love this, despite the fact that I don't care for sausage.  It's basically just sausage, potatoes, and cheese in a pie crust, so what's not to like?  Probably not doing our arteries any good, but what the hell, right?  It's a nice, hearty dish for a cold winter's night. 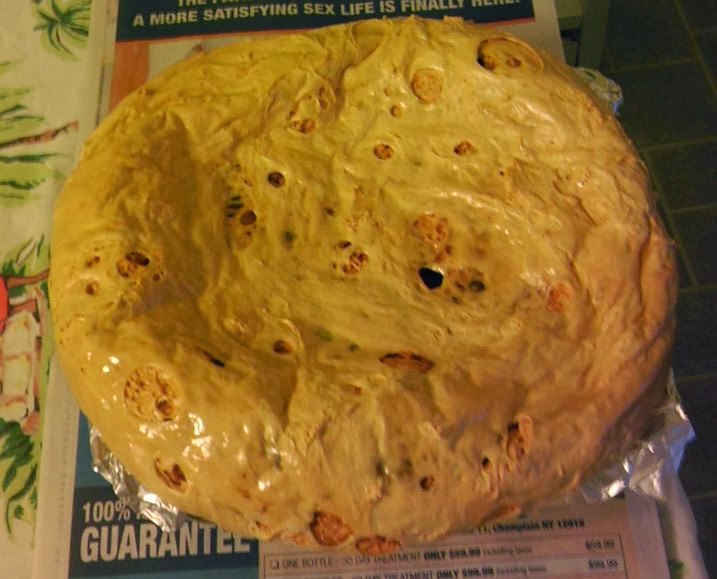 C.  Weird alien organ!  LOL no, this is actually a batch of sponge candy, if you can believe it.  No, it's not attractive.  No, it doesn't look much better when it's broken up.  I can best describe this candy as a puffy, spongy, crispy caramel.  Growing up in Massachusetts, we used to find this in the stores all the time.  It's something my brother really likes.  Me, not so much.  Turns out it's also a thing in Buffalo, so I made this batch for my friend Liz, who hails from there.  Unfortunately, I think I scorched it a little.  Better luck next time?   Hubs was grossed out by it. 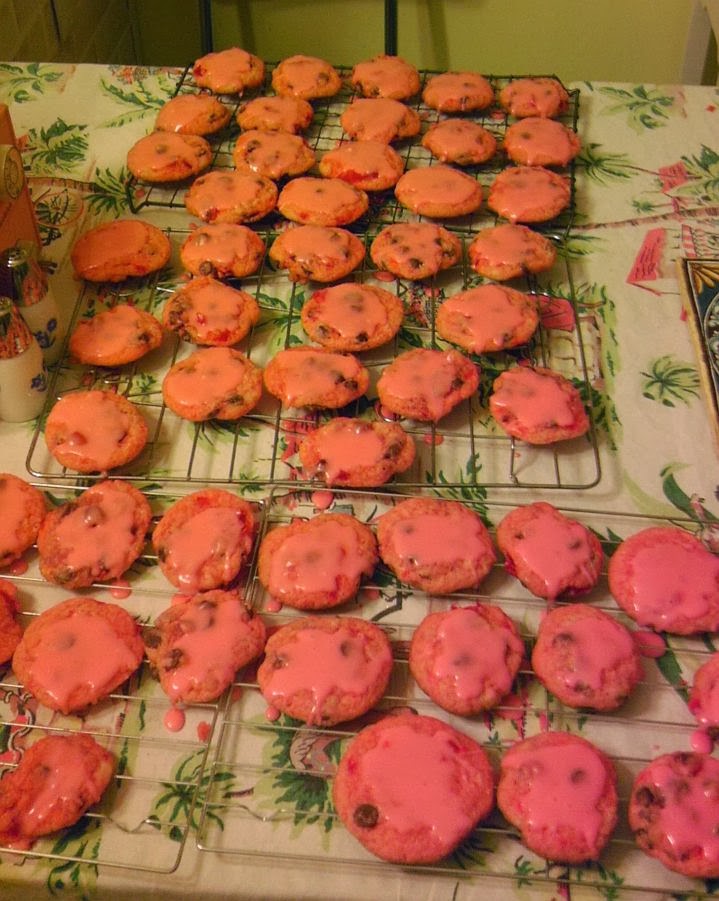 D.  MORE cookies?  Am I insane??  Well, clearly.  Still, 'tis the season and all that.  Hubs and I both really love chocolate covered cherries, and I've been experimenting the last few years to create a cookie with that flavor combo:  I call them Cherry Jumbles.  These are about as close as I'll ever get, I think.  They're basically sugar cookies with chopped maraschino cherries and chocolate chips, maraschino cherry juice, and almond extract.  The icing is a simple powdered sugar glaze with more cherry juice and almond extract.

No more cookies in my future (I hope), but I still have to make another batch of the sponge candy and some pink popcorn for my brother and a batch of fudge for Hubs.  Then I think that may be it.  Whew.

This week I'm linking up at  Sir Thrift A Lot, Thrifter/Maker/Fixer/Farm and We Call It Junkin