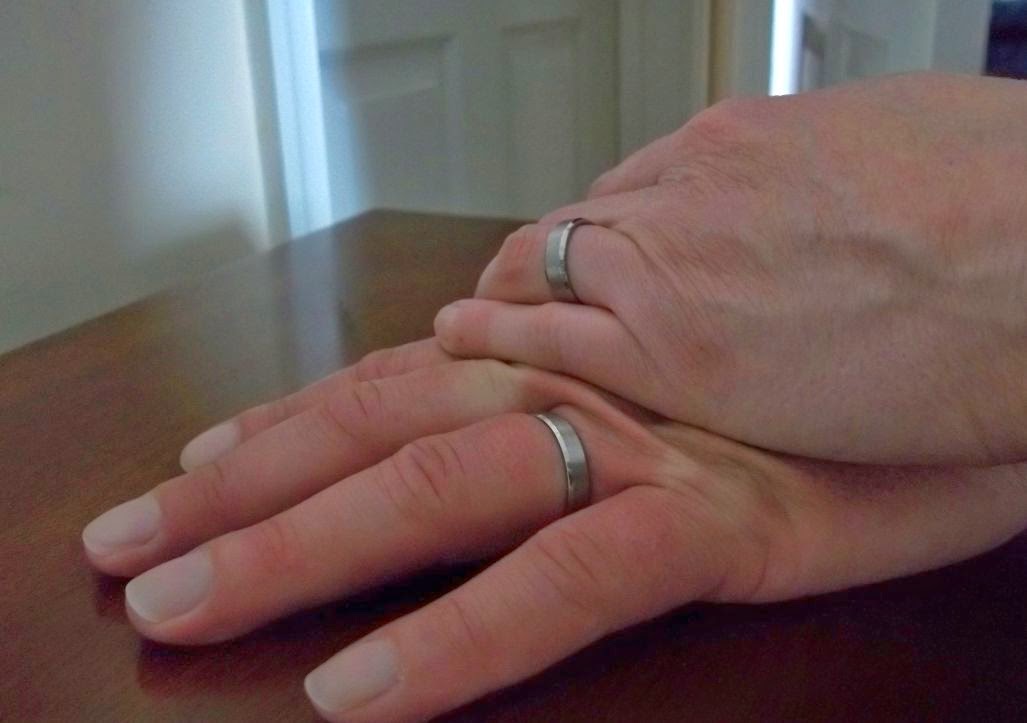 Yep, I can legally and officially call him The Hubster now!  We got married on 5/9, and other than a slight flower SNAFU (I ordered two boutonnieres with red roses but was handed one with a white rose), the whole procedure went swimmingly.  We were apparently the 8th couple to get married that morning, and it was lovely to have total strangers stop by and congratulate us as we sat and waited (we got married at the courthouse, btw.)  After exchanging our "I do's", the officiant asked us if we had any big plans, to which we answered at the same time:

What can I say?  When we got home, Hubs cleaned the windows in his car and I took a nap.  Yes, it's a glamorous life, indeed!

I kid, but truthfully, I couldn't be happier.  The honest truth is though, that this was the most anti-climactic wedding ever.  We have pretty much considered ourselves married right from the day we met.  Now we have rings and a piece of paper.  I'm reminded of a Sondheim lyric:  Everything's different; nothing's changed.

An interesting thing happened as we left the courthouse and walked back to the car.  We ran into the assistant director of my library system while crossing the street.  We looked at each other, I smiled and said Hi! and got the blankest look ever in return.  It only took me a nanosecond to realize that I was wearing a suit and she had never seen me cleaned up before.  I LOL'ed.

But you're not here to hear about our wedding, you want to see the good stuff I found, right?  Well, I actually have a few things to share this week (surprise, surprise!)  So on with the show: 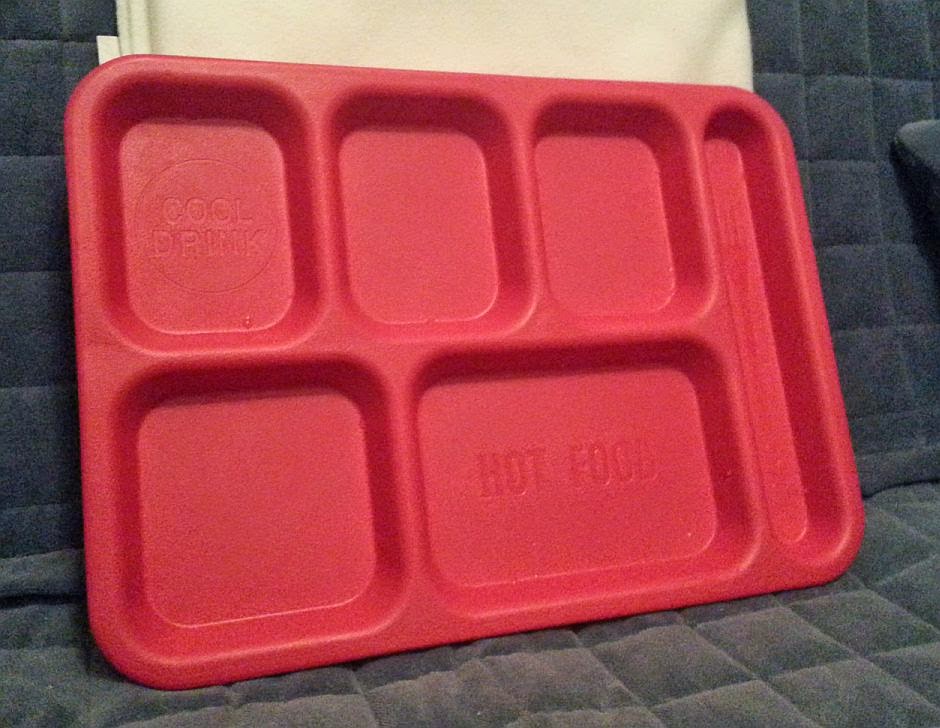 1.  Divided tray!  We were talking about these at work the other day and my department head (who is a fully grown adult, by the way) wished she had one, as she does not like her food to touch.  When I saw it at the Goodwill, well, I didn't even have to stop and think.  Goodwill, $1.00 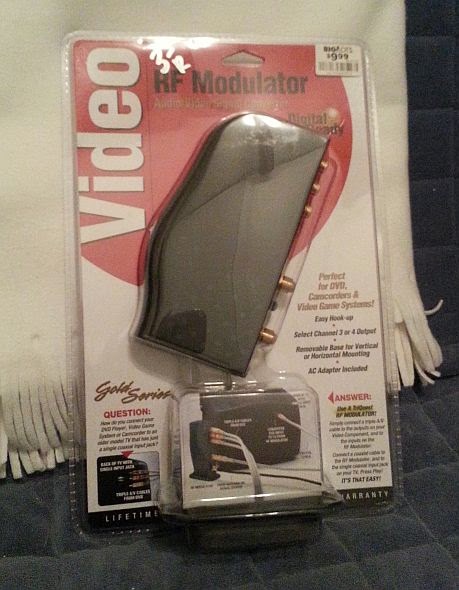 1.  RF Modulator!  The new DVD recorder doesn't show a great picture on my ancient TV and the manual said that if the signal goes through an RF modulator (which is has to), the quality will suffer.  I thought I'd try getting a new one to see if that helped and this one was brand-new, sealed, and only three bucks, plus it has an S-Video out port.  When I went to install it, I noticed that my current one has the S Video jack as well, so I didn't really need this.  I also noticed a switch to go from 75 ohms to 1000 and I set it to 75 and it seems the picture improved.  Well, it doesn't hurt to have a spare, right?  Plus, it was certainly cheap.  Goodwill, $3.00 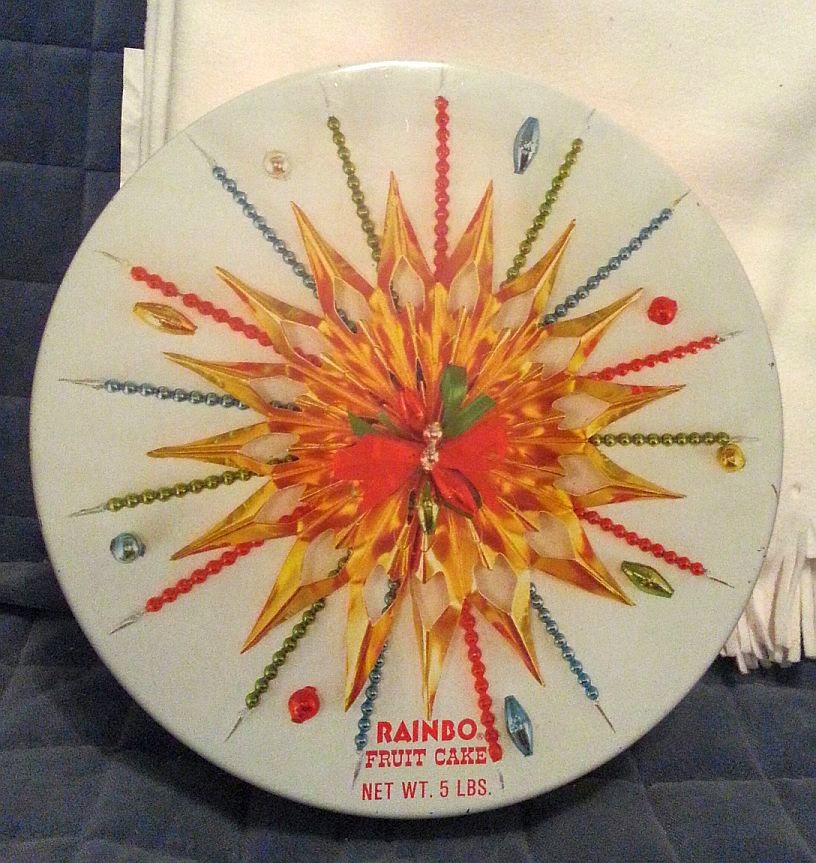 3.  Christmas Tin!  I have been avoiding buying tins because it's a slippery slope, you know?  But this was the first one I've found that was vintage and a picture I like.  We can either use it to store something, or to distribute cookies at Christmastime.  Savers, $1.99 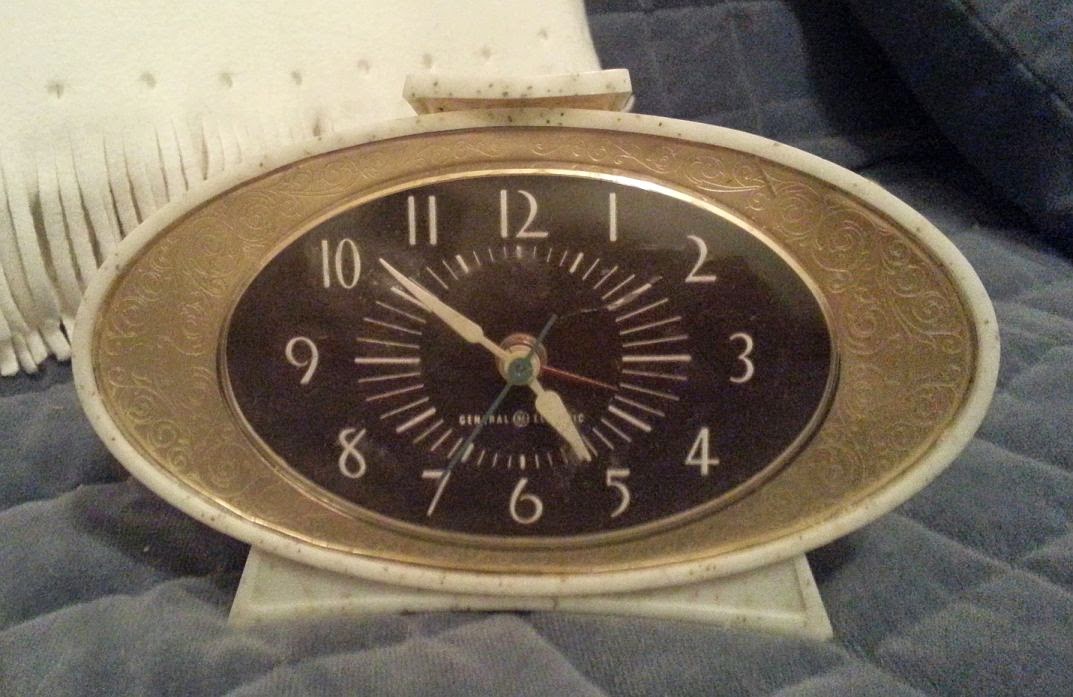 4.  Cool Alarm Clock!  I've never seen anything like this before,  It's an electric alarm clock, but the alarm is a music box!  It has a great mid-century vibe, with the gold flecks in the ivory case and I think it's headed for ebay.  I can't figure out what the tune is, maybe someone can tell me:

RingPlus update: So I wasn't going to switch cellphone carriers until the end of the month, but my Virgin Mobile phone died for the second time in one week so I bit the bullet and went ahead and signed on with  RingPlus.  Here's a breakdown of the charges and plans:

So the two plans aren't really comparable, but I don't think I've ever used more than about 15 minutes of talk in a month and even with the unlimited data plan, I never hit 200mb.  So while the Virgin Mobile plan is definitely cheap, it's still way more than I need.   The RingPlus plan fits me much better, not to mention the fact that it's $25.00 a month cheaper.

The reason RingPlus is so cheap is that when you call someone, instead of listening to the phone ringing, you hear an ad.  As soon as the person answers, the ad stops.  It was a little strange at first, but for $12.00 a month, I'll get used to it fast!

Like Virgin Mobile, there's no contract and you have to buy your own (Sprint) phone.  I got a Samsung Galaxy S3 from Mobile Karma.  It's a refurbished model and cost $170.00.  I ordered it on a Monday and got it on Wednesday.  The thing looks brand-new, too.  So far, I'm loving it.

And that's it for this week, kids.  Sorry I had so little to report ;)

This week, I'm proud to link up with  Sir Thrift A Lot, Thrifter/Maker/Fixer/Farm, and We Call It Junkin.