Thrifting Finds #57: Yeah, I got nothin'

Well, so there wasn't much thrifting happening this weekend.  Instead, I went outlet shopping with a friend of mine on Saturday.  Even that trip was kind of a bust.  I ended up getting the Hub two shirts from Neiman-Marcus and I got myself two chip clips.  It was a huge mall (Potomac Mills) with tons of good stores, but just nothing looked good.

Which was pretty much the case at the Goodwill, too.  We stopped in at one of our usuals on Sunday, and while the store was well-stocked, nothing appealed.

So I don't want to disappoint you, here's a picture of a recent ebay purchase: 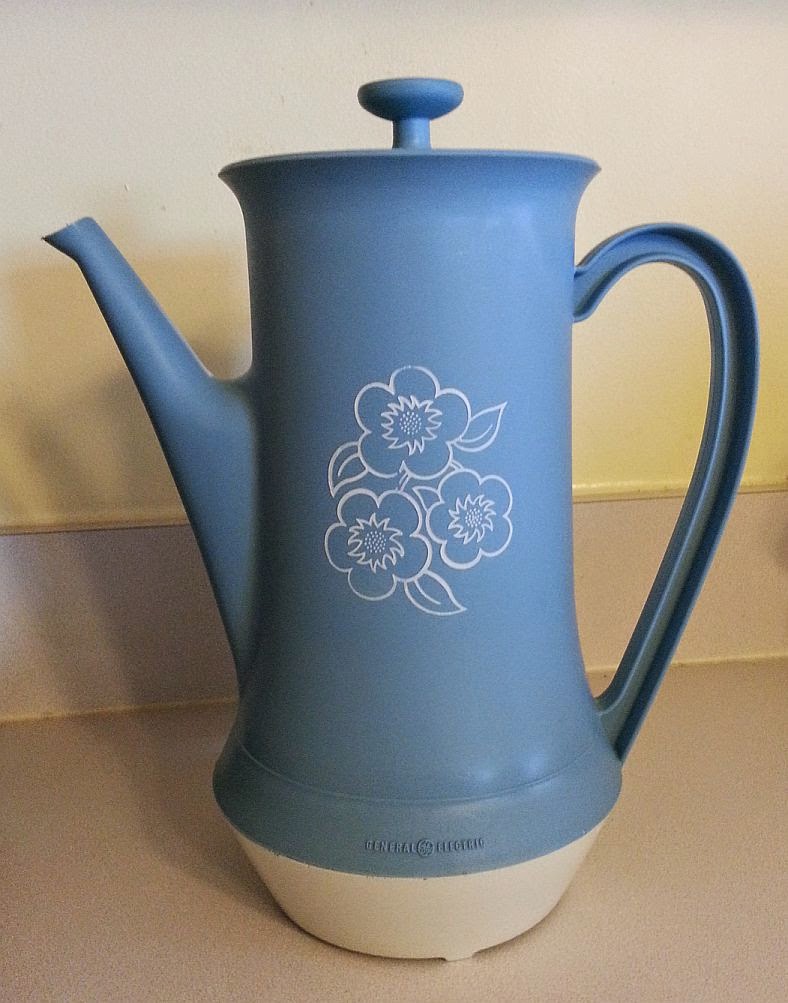 1.  GE Percolator!  I saw this on ebay and it immediately appealed because of the color.  I mean, how often do you see a blue percolator?  Hubs doesn't care for it; he thinks it's too frou-frou.  Plus, the lid has a tricky lock thing that he keeps getting jammed.  So this may become a "display only" model.  Which is okay, because that just means I'll have to get something else, right?

RingPlus Update:  Well, I've had the service for over a week now and so far everything has been dandy.  Everything works the way it should, which is really all you can ask for, right?  They did accidentally charge me twice for the first month's service, but they have since corrected that mistake.

And that's it, I'm afraid.  No actual thrift finds, no big news to report, not even a Bargain Of The Week to report.  Hopefully next week will be better.  As far as I know, we should be able to hit all our usual spots again.

Linking up rather sheepishly this week with Sir Thrift A Lot, Thrifter/Maker/Fixer/Farm, and We Call It Junkin.