Hi, kids!  Did everyone have a good time out in Thrift Land this weekend?  I hope so, because I sure didn't.

That should come as a surprise to no one.  I seem to be having quite the dry spell lately.

To be completely honest, it's not as if there were absolutely nothing in the thrifts.  If you're a fan of Family Guy, I think each store we visited this weekend had all of the seasons on DVD.  I like Family Guy, but not to the point where I need to own it.

Then there was the Desert Dawn baking dish in pink.  It was in pretty good condition, and I think it was like 4 bucks, but it's not a size that would be of any use, and it's not like I  can put my Pyrex on display, so I passed it up.

The cookbooks seemed to be all modern Rachael-Ray-Mister-Food types, which hold no interest whatsoever.  This may actually be a good thing, as the cookbook backlog is growing.

Anyway, it occurred to me that this blog isn't just about the stuff that I find.  Hubs always goes with me and sometimes he finds things.  Like this week.  He found two things to my zero, so without further ado, here they be: 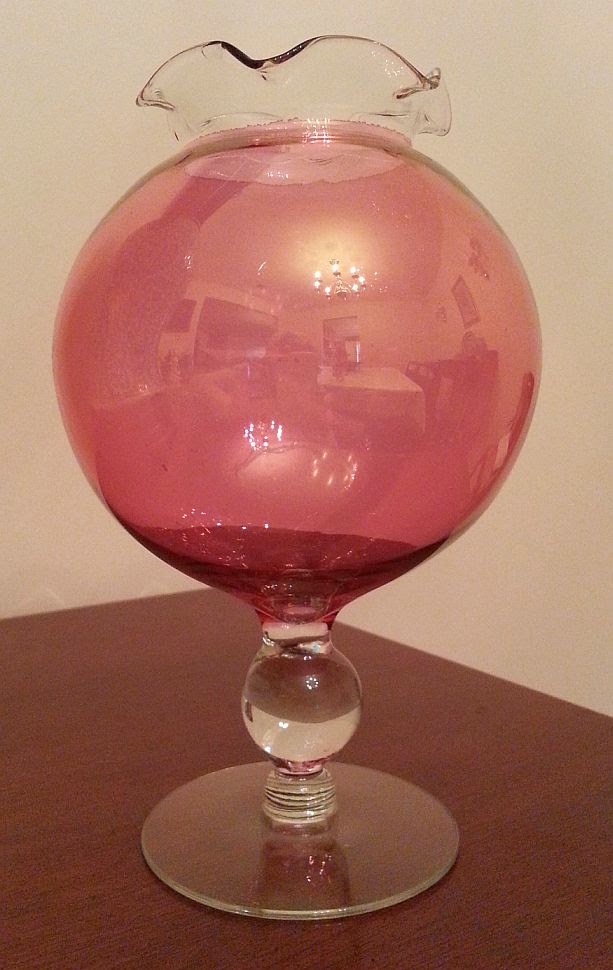 1.  Blown Glass Thing!  Frankly, we aren't sure what the heck this is, but we've just kind of decided it's a vase.  I keep calling it a Shrimp Cocktail Thing because those flutes at the top would be perfect for shrimp.  If you look closely, you can see my dining room!  Goodwill, $2.00 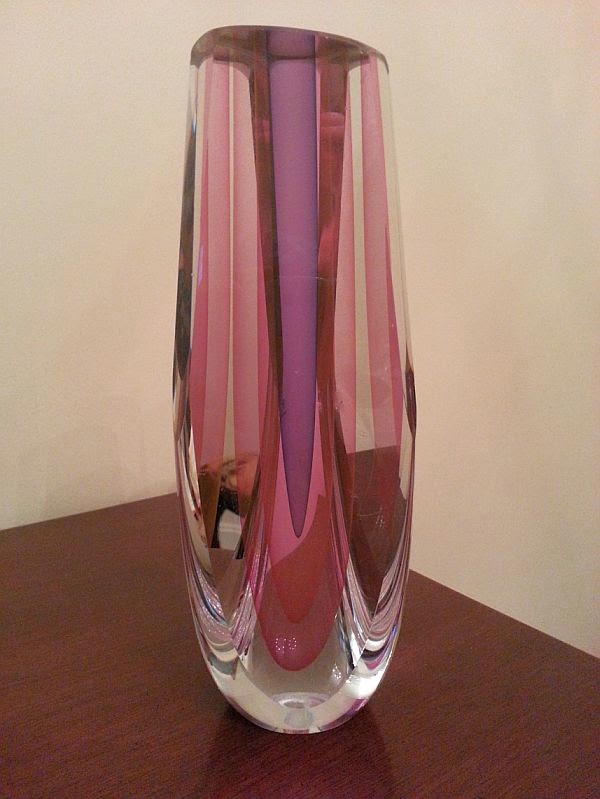 Annnnd...that's it.  No fabulous bargains this week and I didn't cook anything interesting.  I know I keep saying this, but maybe next week will be better?

Linking up this week with  Sir Thrift A Lot, Thrifter/Maker/Fixer/Farm,  and We Call It Junkin.