Sorry I haven't been around much lately.  I haven't forgotten about you, really!  I just haven't done much thrifting lately.  Because reasons.  Plus, on the few occasions where I've  found myself perusing the stock in the local stores, there has been absolutely NOTHING worth purchasing.

I've asked this before, but I can't remember the answer:  Is thrifting cyclical?  Is there a time where it's "out of season"?  Because it sure feels like it to me.

Hopefully I'll be back next week with some delightful purchases to show you.  In the meantime, please enjoy this picture of a bunny: 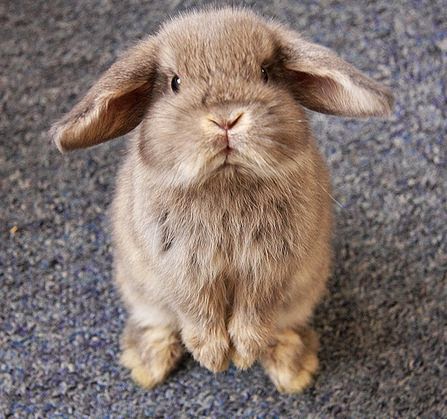 Thrifting Finds #62: Hey, how do you work this thing?

Okay, so it's been a couple of weeks and I'm a little out of practice.  Truth is that not only have the thrifts been devoid of cool stuff, I didn't even have one of my "amusing stories" to relate last week.  Oh, I did find something, but it was minor and then I got sidelined by a migraine, so posting kind of went by the wayside.  No one wants to hear about a headache.

But here I am again, right in the thick of things, and ready to disappoint you.  No, seriously--it wasn't a stellar week, so don't get your hopes up.

So let's just jump right in, shall we? 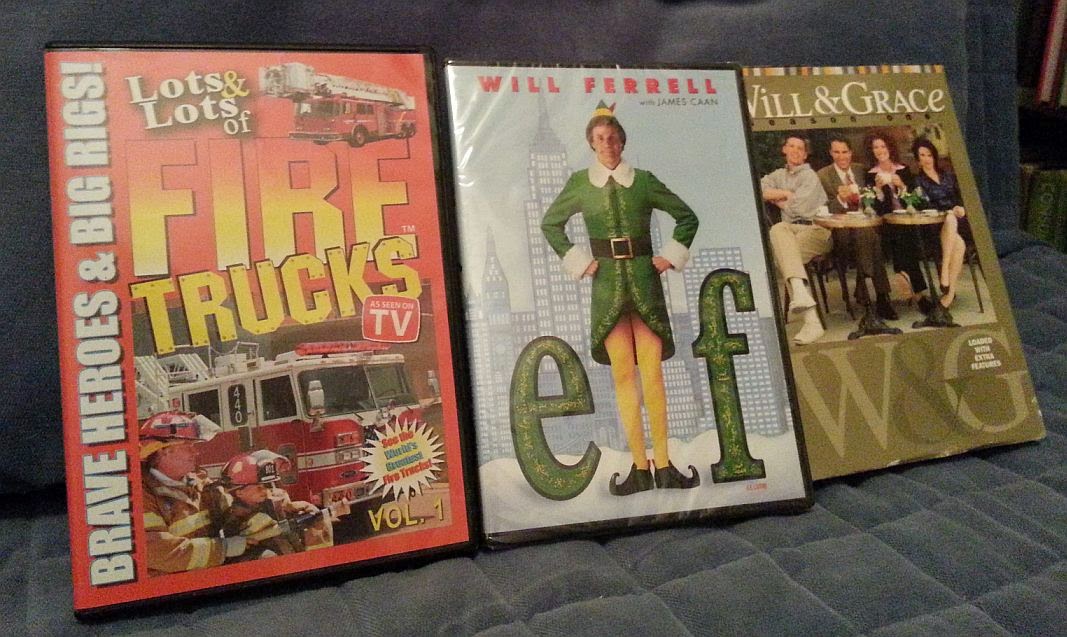 1.  DVDs!  I don't often look through the DVD section as it is time consuming and I don't have that much patience.  I did take the time this week and came away with a couple of decent ones.  The Fire Trucks one is for the son of a friend of mine.  Elf.  The funny thing is that I absolutely loathe Will Ferrell.  Seriously, 30 seconds of him is like a lifetime supply.  But this is a Christmas movie that I don't own and have never seen.  My nephew loves it, and I'm pretty sure it's the one in which Peter Billingsley (Ralphie from A Christmas Story) makes a cameo appearance.  So we'll watch it once and see what happens.  The package is still sealed, which I guess means there's another anti-Will Ferrell person out there.
Will and Grace is our "backup" DVD.  Hubs and I don't really watch regular TV any more, we just get DVDs of the shows we want to watch and then do it at our leisure.  Sometimes there is a gap between getting the various seasons of a show, so I got this to fill in.  I loved the show when it was first on but never felt the need to revisit it.  I'm glad to report it's just as funny the second time around.  Goodwill, $12 total ($2/disc.) 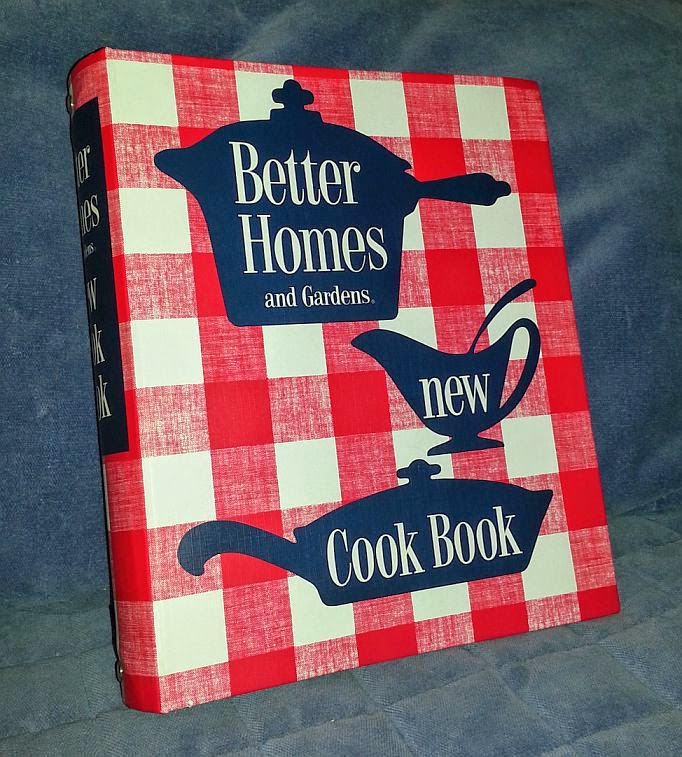 2.  Not another one!  Yeah, 'fraid so.  This is actually a reprint of the 1953 edition, which I already own.  Still, I saw the bright beautiful colors on this one, and it looks like nobody even cracked it open (it still has the Ollie's price tag on it), plus it was cheap, so  I thought I'd give it a whirl.  Saver's, $2.00

Annnnnd.... that's it.  Yeah, I'm hoping to do better soon (pleasepleaseplease) but the way things are going... 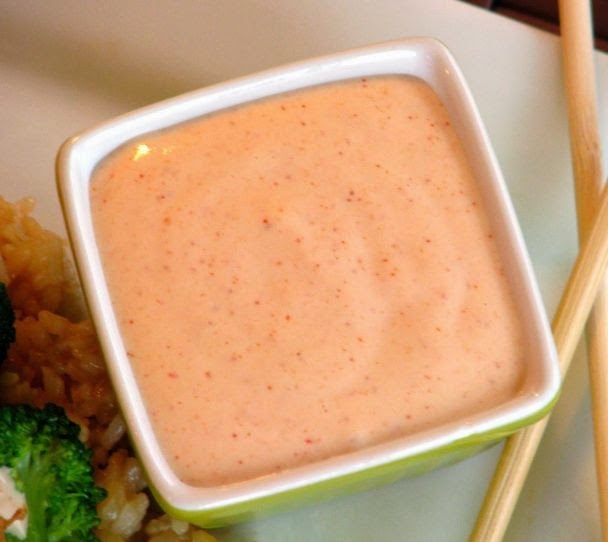 Yum Yum Sauce!  I had never heard of this, but someone posted it on Facebook and I thought I'd give it a try.  Apparently, it's a Big Deal at Japanese restaurants.  I haven't tasted it yet so can't give my opinion.  I'll be dipping celery in it tonight, so I'll update later.  Here's the recipe I used:

Directions
In a small bowl, combine all the ingredients
Mix well.
Cover and refrigerate for about 30 minutes.

I don't have rice vinegar in stock, so I used plain white.  I went easy on the garlic powder, too. 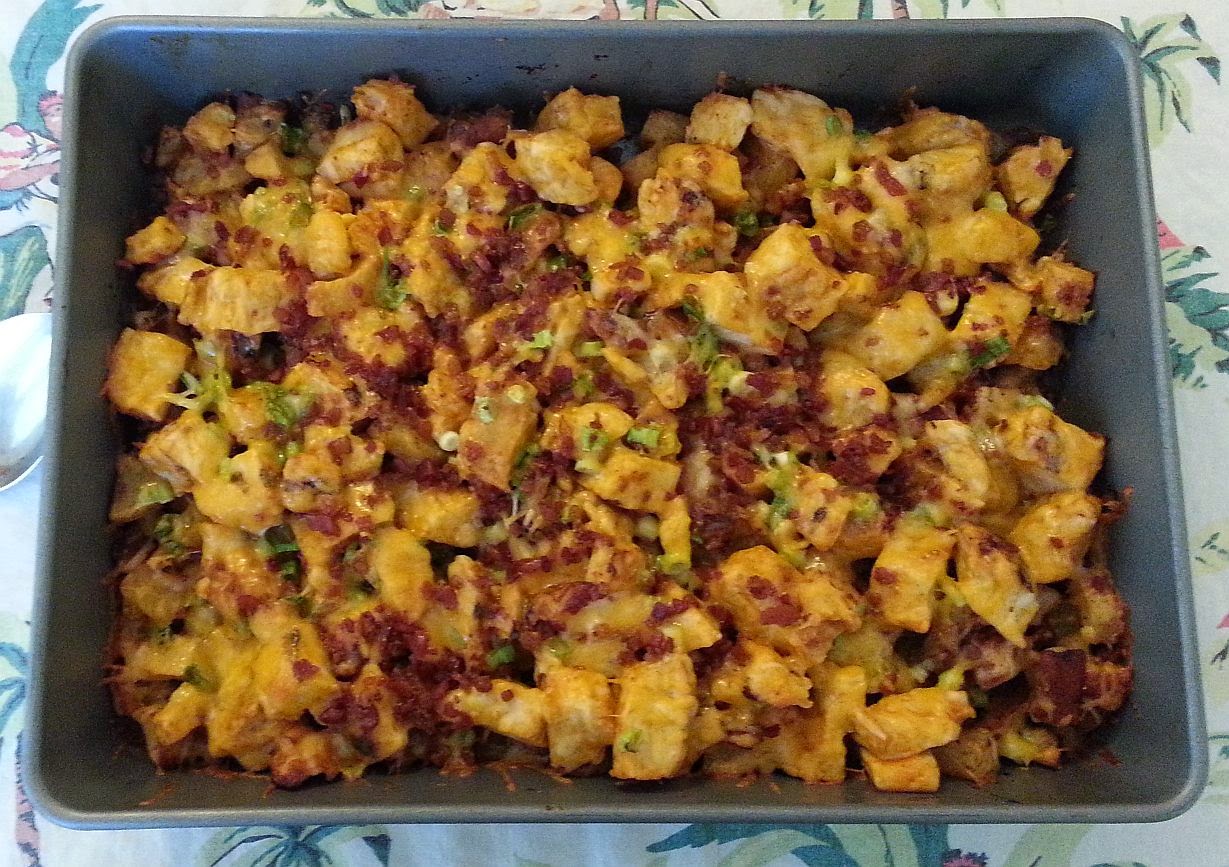 Loaded Baked Potato and Buffalo Chicken Casserole!  Another recipe someone posted on Facebook.  This was definitely more work than I like to put into a single dish.  Plus, it's more of a winter thing, as it involves hanging over a 500-degree oven for the better part of an hour.  Still, it was delicious and Hubs requested that it be put in the regular rotation.  I thought it was a little dry, but a bit of sour cream on top would take care of that.  Here's the recipe I started with (but changed a lot--see below):

Preheat oven to 500 degrees. Spray a 9X13" baking dish with cooking spray. In a large bowl mix together the olive oil, salt, pepper, paprika, garlic powder and hot sauce. Add the cubed potatoes and stir to coat. Carefully scoop the potatoes into the prepared baking dish, leaving behind as much of the olive oil/hot sauce mixture as possible. Bake the potatoes for 45-50 minutes, stirring every 10-15 minutes, until cooked through and crispy and browned on the outside. While the potatoes are cooking, add the cubed chicken to the bowl with the left over olive oil/hot sauce mixture and stir to coat. Once the potatoes are fully cooked, remove from the oven and lower the oven temperature to 400 degrees. Top the cooked potatoes with the raw marinated chicken. In a bowl mix together the cheese, bacon and green onion and top the raw chicken with the cheese mixture. Return the casserole to the oven and bake for 15 minutes or until chicken is cooked through and the topping is bubbly delicious.

My changes:  I didn't use nearly that amount of anything, really.  Instead of raw chicken I used a 22-oz, bag of frozen grilled chicken chunks from Aldi.  Instead of the seasonings, I added part of a packet of Ranch Dressing mix to the potatoes.  Also, I marinated the chicken chunks in Buffalo Wing sauce.

I'm going to go ahead and link up with Sir Thrift A Lot, Thrifter/Maker/Fixer/Farm, and We Call It Junkin, even though I probably shouldn't.  Because I'm like that.