Thrifting Finds #58: Do I smell bacon?

I smell something, that's for darn sure.

Anyway, it was a significantly better weekend at the thrifts this time around.  However, I am becoming more and more convinced that I'm kind of a Thrift Jinx or something.

Case in point:  Our everyday china is Corning Centura (with the blue cornflowers, natch.)  All the experts say not to put it in the microwave, which always seemed kind of silly to me.  It's Corningware after all, right?  Well, I've been microwaving it with impudence for years now, with no ill effects.  Until the other night, that is.  While reheating something, a chunk just sort of parted with the rest of the plate and shot across the microwave.  It didn't sound quite like a gunshot, but it was loud and weird enough to startle me.

Okay, so point taken.  No more microwaving of Centura for me.  Don't need a house to fall on me, no sir.  So I figured I'd pick up a few Butterfly Gold or Spring Green Corelle plates at the Goodwill this weekend, since you really can't turn around without stumbling across a whole stack.

We visited eight thrifts this weekend and not a single plate.  See what I mean?  Every other time we've gone I've seen stacks and stacks of them.  Now that I want them...

But enough complaining, since I did pick up some good stuff this week: 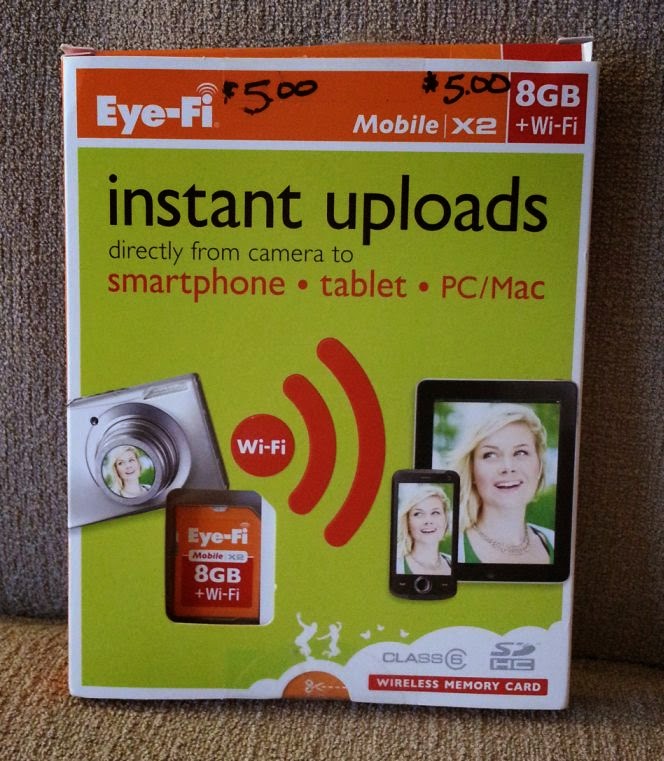 1.  Eye-Fi!  I'd been toying with the idea of getting one of these for a while now, but just never found one at a price I was willing to pay.  This one (8GB) runs $44.00 at Amazon.  What you do is stick it in your camera and when you take a picture, it automatically sends it (via WiFi) to your computer.  I don't use my camera much because it's a pain to either take the SD card out and put in in the computer or connect the camera with the cord and have to tell Kodak that I don't want your software, thanks.  After a couple of stumbles, this worked just great.  And you can see that I got a really good price!  Rescue Mission Thrift:  $5.00 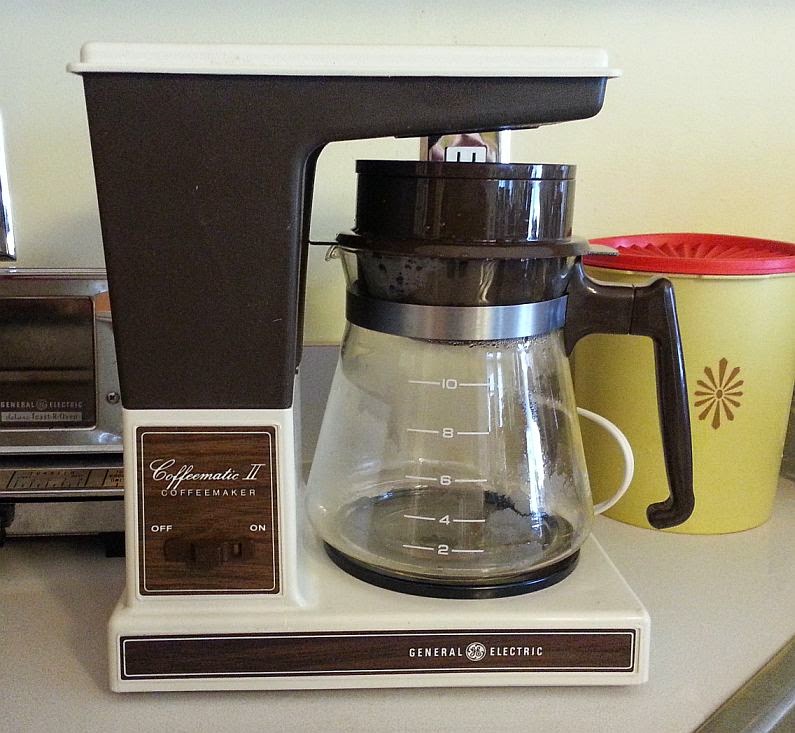 2.  Coffematic II!  I had one of these years ago and it was the best drip coffeemaker ever. It eventually wore out, and I have no idea what I replaced it with.  You may remember the new percolator from last week.  Wellsir, no matter how cool it looked, it made the worst coffee ever.  No matter what, the grounds overflowed the basket and made the coffee positively crunchy. This was in a taped-shut box for a completely different machine and when I opened it up, I was pleasantly surprised.  It may never have been used, it was that immaculate. Plus, it was half-off day at the Goodwill, so I got it for cheap.  'Course, now we have to get used to a new coffeemaker, but I'm guessing this won't be the last time...  Goodwill, $1.50(!!) 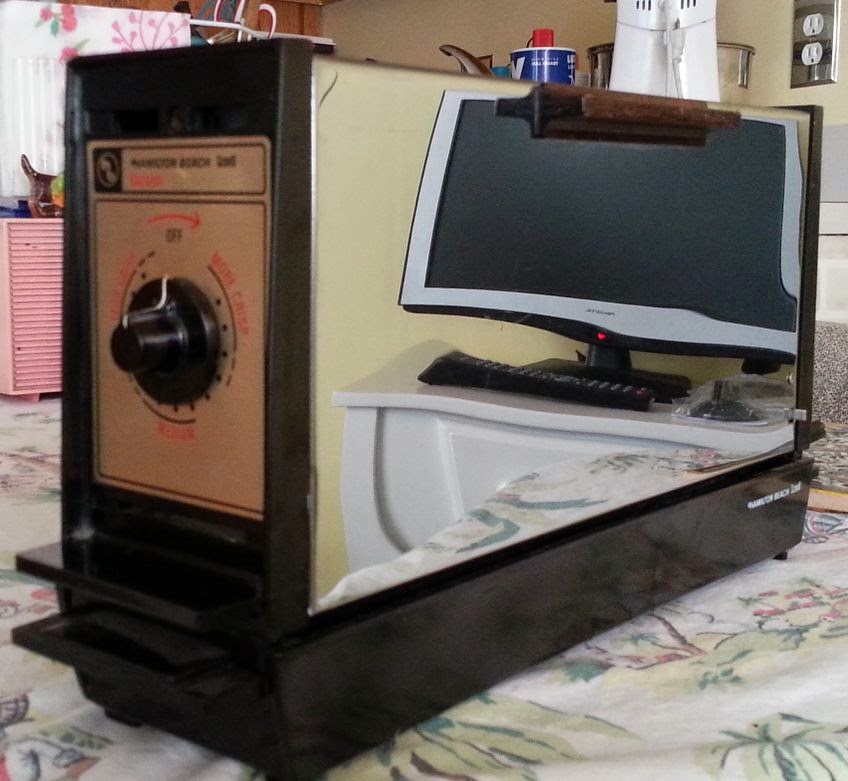 3.  Bacon! Baconbaconbacon!  This is the Hamilton Beach Baconer, and the previous owner was nice enough to put the instructions inside: 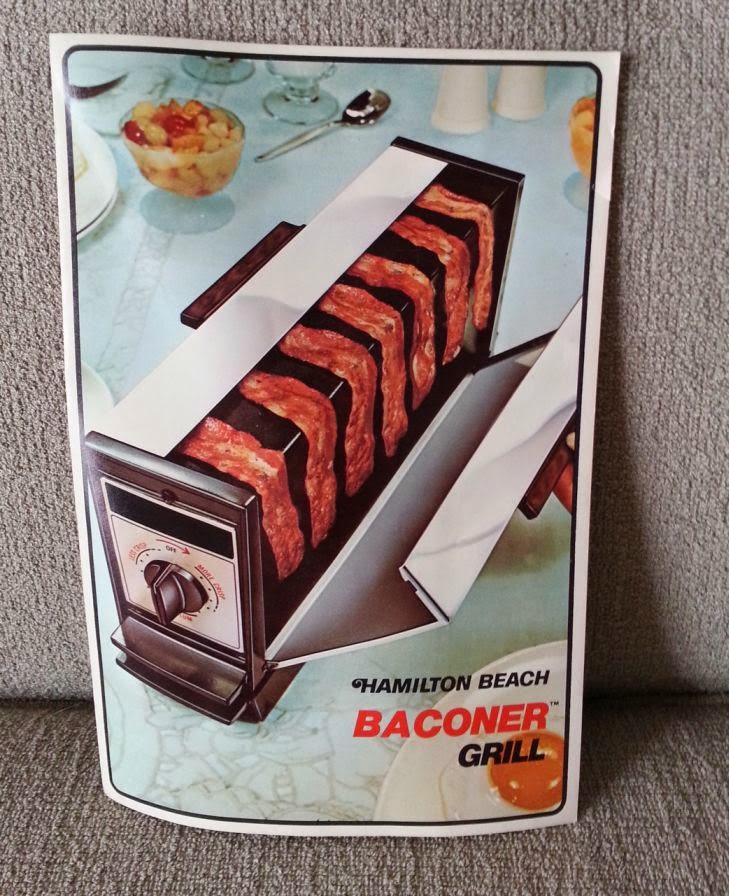 Basically, it's a pop-up toaster for bacon, which sounds awesome, but must be an absolute pain to clean.  I cleaned it up and plugged it in and it smoked for a while from whatever leftover grease was there.  It's in nice condition, though it has obviously been used.  This is not going to be part of the collection.  I've seen these go for mad bucks on ebay, so that's where it's headed.  Once I get my act together, of course, and actually manage to post some stuff on ebay.  So far, it's mostly been a lot of talk.  Goodwill, $1.50.

And that's it, though I don't think I have anything to be embarrassed about this time around.  Next week I'll fill you in on the Saga of the Glasses, which may be never ending.

Linking up this week with the usual suspects:  Sir Thrift A Lot, Thrifter/Maker/Fixer/Farm, and We Call It Junkin.