Okay, so it was a nice weekend--temperatures in the 50s on Saturday and upper 40s yesterday.

Last I heard, it was officially Spring.  Doesn't that mean no more snow?  Shouldn't it?  I already put my shovel away, fercryingoutloud.

So you're probably sick of hearing me whine about the weather.  Trust me, I'm sick of doing it.  This just seems to be The Winter That Will Not End.

Right.  Done.  So let's get on to what I snagged this weekend.  Not much, I'll admit, but I'm really pleased. 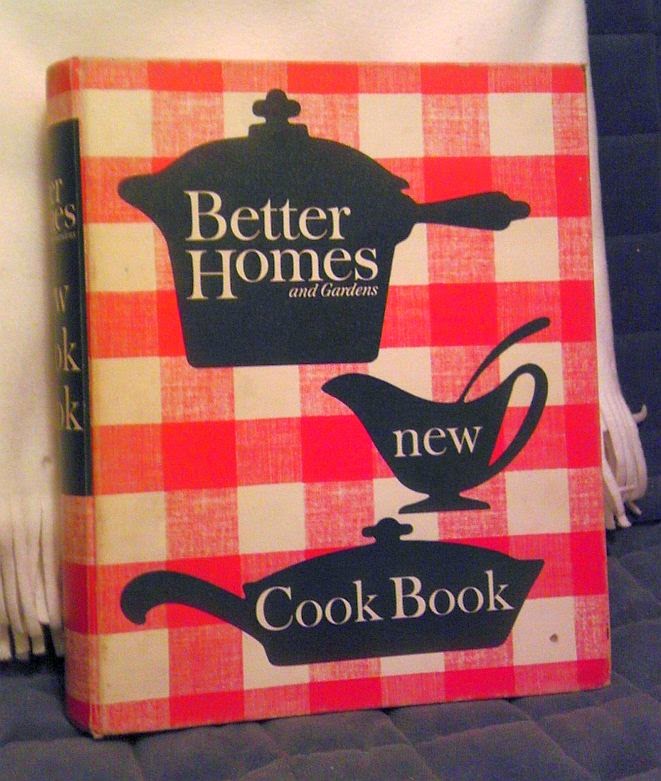 1.  Not Another Cookbook!  I know, I know, but bear with me, there's an explanation.  This is not a new cookbook, it's a replacement.  I already own one, but it turns out it has a bunch of pages missing (it's like a three-ring binder, and the old, brittle pages aren't very strong.)  I suppose this one could have missing pages as well, huh?  Didn't think of that at the time.  Oh, well.  There was a handwritten recipe inside for Zucchini with Cheese, involving frozen zucchini, cream cheese, and walnuts.  Didn't sound great, so I tossed it.  Goodwill, $2.50. 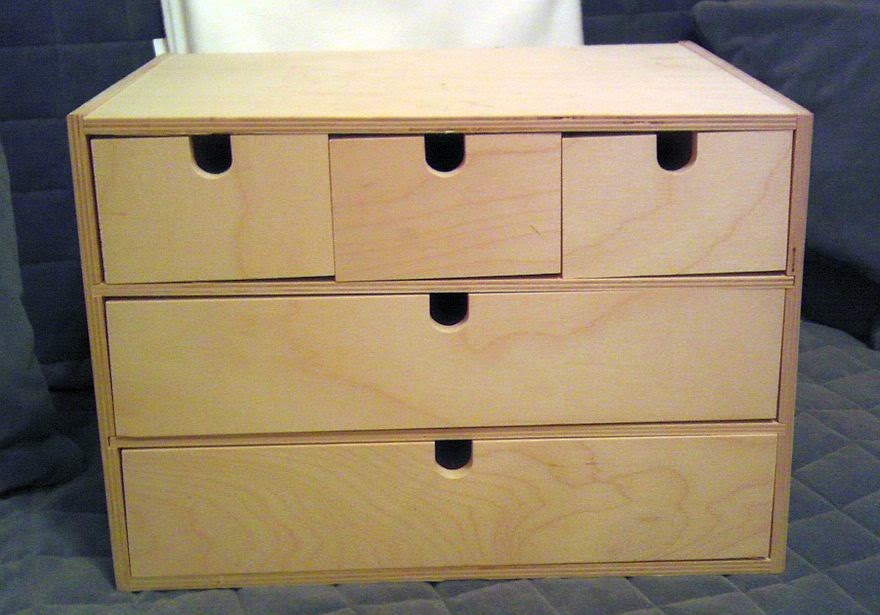 2.  Ikea Drawer Thing!  I'm not sure what it's official name is--probably something like Kahüppenġloġġ.  Or maybe Dräwr.  Anyway, this has been kind of a Holy Grail for me.  I've been wanting this for keeping tools and fasteners and whatnot.  Unfortunately, by the time I discovered that Ikea sold it, they had discontinued it.  Story of my life.  So I've been keeping my eyes peeled in the thrifts, just in case.  And my vigilance paid off!  Now I just have to do something about those crooked drawers before my OCD sends me over the edge.  Goodwill, $6.50.

And that's all I found, really.  Not much, but both items made me happy.

Remember the Regal Poly Perk I got last week? The one I wasn't going to use because it said "Hobo Frank" on the side?  Well,it finally occurred to me that all I needed to do was cover up the writing with a little black electrical tape, and I could use it.  So that's what I did.  Didn't take a picture, but it looks just fine.

Looks like the Spotless* Test Kitchens here at Fondue HQ didn't turn out anything new or unusual this week. 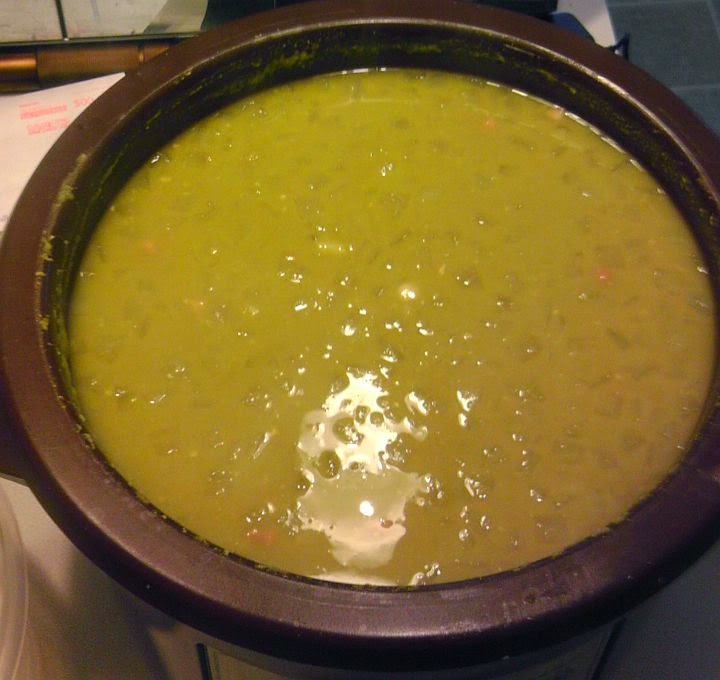 A:  Pea Soup!  Hubs requested soup this week, as we're (hopefully) coming to the end of Soup Season.  And since I had 3 pounds of split peas in the cabinet (they're cheap at Aldi), Pea Soup it was.  Threw in some diced ham this time instead of my usual sausage.

B:  Dan's Enchilada Casserole!  Pretty sure I've mentioned this one before.  Recipe came from my friend Dan, and you gotta love the authenticity of a Mexican recipe that started out life in Council Bluffs, Iowa.  I messed up the top when I pulled off the aluminum foil and one of the tortillas stuck.  How was it?  Enchiladariffico!

Your Opinions Needed!
I always refer to The Hubster as my husband, but in actual fact, we're not married.  That is about to change, assuming we can both get off our slothful butts and actually do something.  To that end, we have started shopping for wedding rings.

OMG, have you seen the prices of jewelry lately?

I thought I knew what I wanted going into this, but it turns out I really don't.  Hubster said for me to pick something out and he'd just get the same thing.  So we were looking at gold rings and to be honest, it doesn't look like that's in the budget right now.  At first I resisted, but I'm starting to like the Titanium rings that a lot of places are featuring.  Some of them are really attractive.

So here's where you come in.

1.  Is a ring other than gold "okay"?  I always sort of felt that if the ring weren't gold (or maybe platinum), it didn't "count", if that makes any sense.  Yeah, look at me being all traditional. I know it's silly, but still.

Edit:  Here's why I'm wondering about the gold thing.  My parents had beautiful 18K gold rings and had a wonderful marriage.  I knew a woman who had a jade wedding band, and her marriage was crappy and she ended up getting divorced. And I know a man who has a band made of some other metal--molybdenum?--and his marriage is nothing to write home about.

On the other hand, I know several people who had gold bands and crappy marriages, so now I don't know what to think!  I am the very definition of "wishy washy"!

2.  Is it tacky to get wedding rings from Amazon?  Another silly question, I know.  I won't get a ring from a store I don't like just because it's cheap, and it seems silly to pay the huge markup at a jewelry store when Amazon has the exact same thing for a lot less money. And I love Amazon.   A friend of mine suggested we look for rings at pawn shops.

Yeah, no.  I don't want to inherit someone else's Karma, and if the ring ended up in a pawn shop, it probably wasn't very good, right?

So what do you think?  Weigh in, either in the comments or send me an email--vegomaticbob at the Gmail place.

Linking up in All The Right Places: Sir Thrift A Lot, Thrifter/Maker/Fixer/Farm, The Nifty Thrifty  and We Call It Junkin.