Things were a little topsy-turvy here at Fondue Headquarters this weekend.  We lost our interwebz on Wednesday.  An hour on the phone with tech support on Thursday brought a technician out on Friday.  He managed to fix the problem within about 15 minutes.  Friday night, the interwebz went out again, so another hour on the phone on Saturday brought another technician out on Sunday.  This was a bit of an ordeal, as it took him nearly 3 hours to fix the problem. He had to replace our router and modem, and then take everyone in my building down.

I was okay with that.

It was still working this morning when I left for work, so yay.

On to the thrifting!

This weekend was a little more productive than the last few, I'll admit.  I still didn't get anything really fabulous, but I do like what I got.  I was tempted by a couple of things:  a Tupperware chip & dip set and a Corningware pan in a size/shape I had never seen before.  I toyed with getting them, but finally realized that I really didn't actually need either, so left them behind.  Interestingly, the Goodwill had three of the unusual Corningware pans. 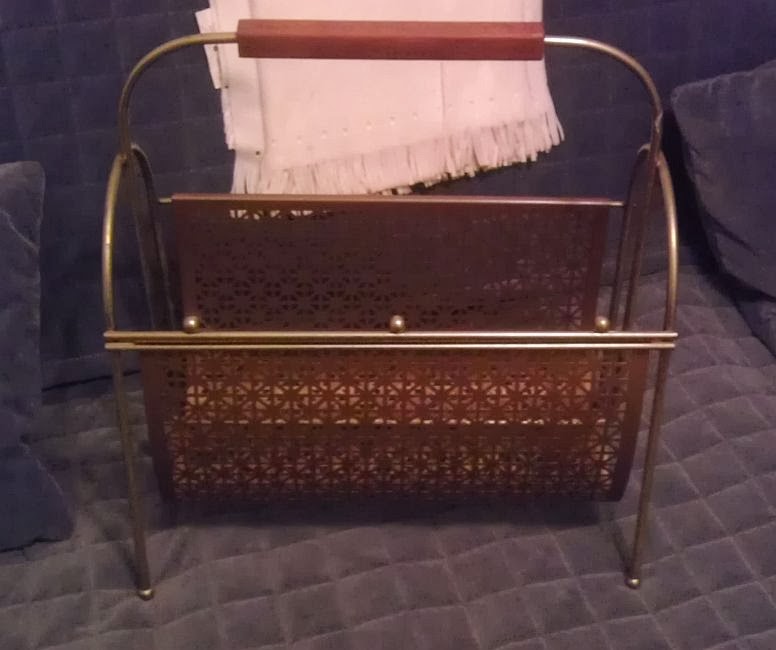 1.  Magazine rack!  This is kind of mid-centuryish and I definitely need one (the one I had kept collapsing.)  Magazine racks seem to be hard to find around here for some reason.  I should probably polish the "brass" parts and wax the wood handle, but I probably won't do either because I'm lazy.  This was $8.00 at the Goodwill, which I thought kind of pricey, but as you can see, I paid it anyway (I'm kind of rich this week--see below.) 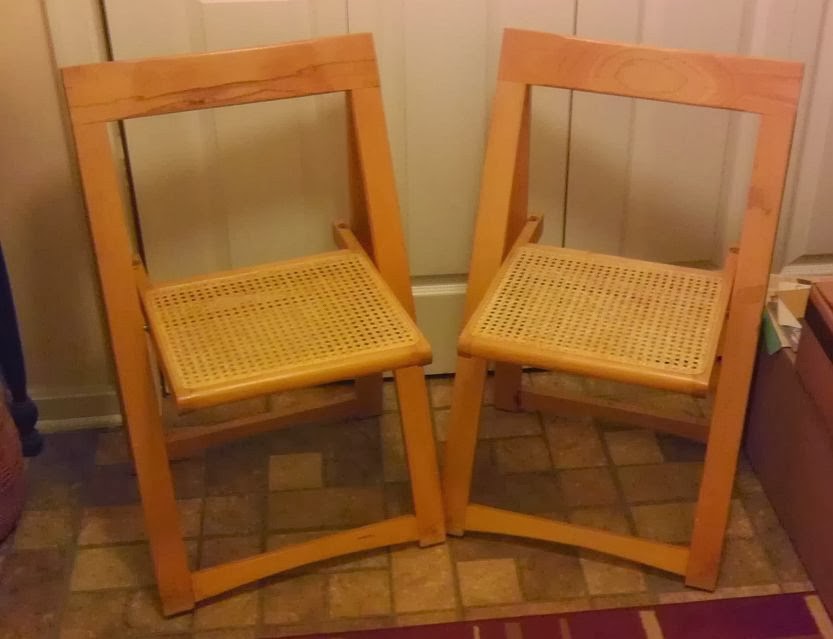 2.  Folding chairs!  I hemmed and hawed over these because the second I walk into a thrift store I become Mr. Indecisive.  We already have folding chairs, but they're from Ikea and not very sturdy.  We need folding chairs often enough to warrant having nice ones, so I'm not sure why I was so hesitant about buying these.  They're sturdy, reasonably comfortable, and they were only $4.00 each, for crying out loud.  As you can see, they did end up coming home with me.  They could do with a little wiping down, but nothing major.

(I actually bought one more thing, but I'm saving that for next week, because I think there will be very little thrifting next weekend.)

In reading other people's blogs, I realized there are a couple of things I have never seen in a thrift store:

A) Knee huggers.  I would really like to have a few to put around the house, as I think they're kind of fun and cool.  Have never seen a single one in person.

B) Vintage tablecloths.  Christmas or otherwise.  In fact, I'm not entirely sure I've even seen contemporary tablecloths in any of the thrifts.  People keep finding the most fabulous Christmas linens all over the place, and I'm completely jealous.  I'd probably have better luck at estate sales, but we don't really seem to have those around here.

Hey, remember Creepy Snowflake Girl and the framed photograph of the gun?  Here's a little unsettling news:  they've both been sold.  At any rate, they were both gone from the store, which seems to indicate that someone bought them. *Shiver*

Ebay success!  Remember the Eames coat rack and the free laptop I got a while ago?  Well, I stuck them both up on Ebay last week, and they both sold!  It's been a while since I sold anything on Ebay, so I'm behind the times, but when did they start collecting fees on the amount of postage?  That just seems wrong to me. Between the Ebay fees and the Pay Pal fees, it's seems to be only worth posting something really valuable that you got for a song.

Crock-Pot Meatballs.  No picture because while delicious, the finished product just was not very photogenic!  There really isn't much of a recipe either--just combine a couple of cans of cream of celery soup with a good tablespoonful of beef broth base (not bouillon), Throw a bag of frozen pre-cooked meatballs in the Crock Pot (I used Aldi's Fit & Active turkey meatballs), pour the sauce on top, and cook on low for a couple of hours.  Since everything's already cooked, it really just needs to heat up.  Serve over noodles. 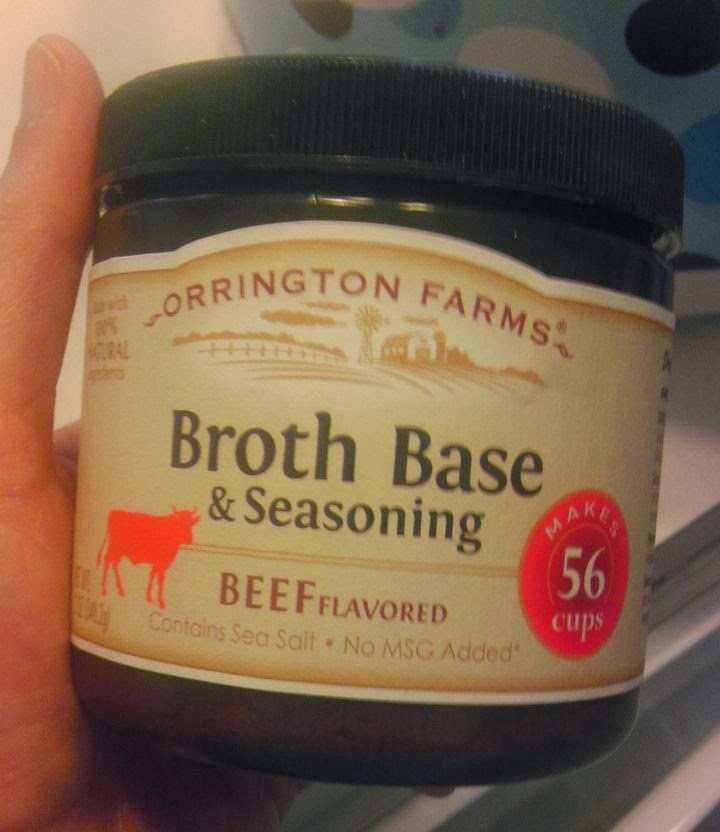 This is the kind of broth base I use, but I'm sure other brands would be just as good.  Just don't try to use bouillon which is super-salty, not to mention nasty.  This stuff is kind of salty too, so be careful.

Barbecue Chicken Pizza.  No picture for this either, because I haven't made it yet!  I'll update tonight, as long as the finished product is presentable.  Not much of a recipe for this one, either:  Unroll and press out a Pillsbury pizza crust.  Spread some barbecue sauce on top.  Throw some diced, cooked chicken on top of that (I love the precooked chicken chunks you get in the meat department.)  I like to put a drained can of tomatoes with chilis on, as well.  Throw on as much cheese as your conscience will allow, and bake according to the directions on the pizza crust tube. 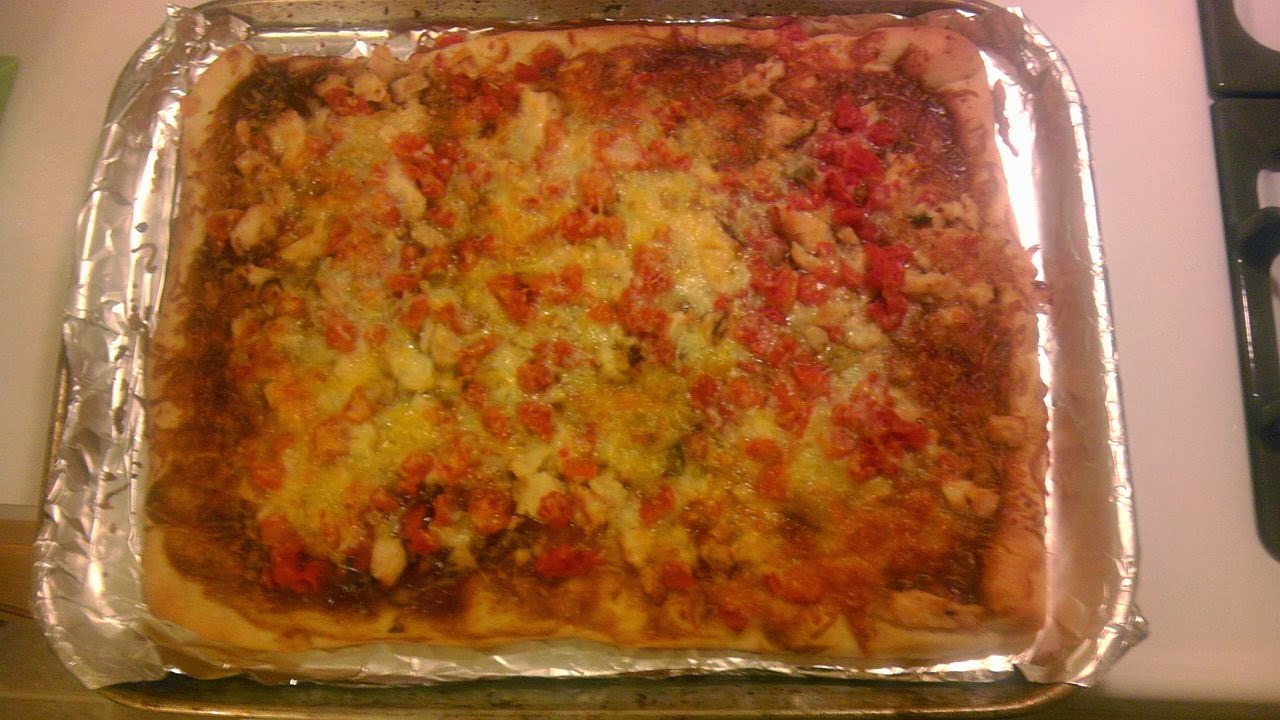 And that's it for this week, kids!  This week I'm linking up with  Sir Thrift A Lot, The Nifty Thrifty, The Remnant and We Call It Junkin