So, yeah.  In summary, Hubs and I took a lovely cruise on the Fail Boat this weekend, thriftily speaking.  We went to all of our usual stops, and even went to a smallish flea market as well.  Getting out of the car at the flea market, I remarked to Hubs "Geez, I hope it isn't a bunch of Avon stuff and baby clothes."

Here's what we found at the flea market:

Maybe in the future I'll learn to keep my big yap shut.

I was really hoping to find some old slides now that I have that keen slide projector, but nothing.  There was ONE piece of Tupperware I wanted (I'd never seen it in navy blue before) that would be perfect for keeping my flour in, but it looked like it was used as a sandbox toy, or led some otherwise difficult existence, so I left it there.

There were a couple of other amusing items that I also didn't buy, so I thought I'd share those with you.  Because that's the kind of guy I am.


1.  Ami!  Ami looks to be a friend of Barbie, but I can't be certain.  This is the first fashion doll I've seen dressed as an operating-room nurse (I guess?  Maybe?)  Also, she's compliant!  (Click the picture for proof.)  She's also comfortable, well-protected, and energetic.
Plus, she's got a great personality.  Just watch out when you take the mask off... 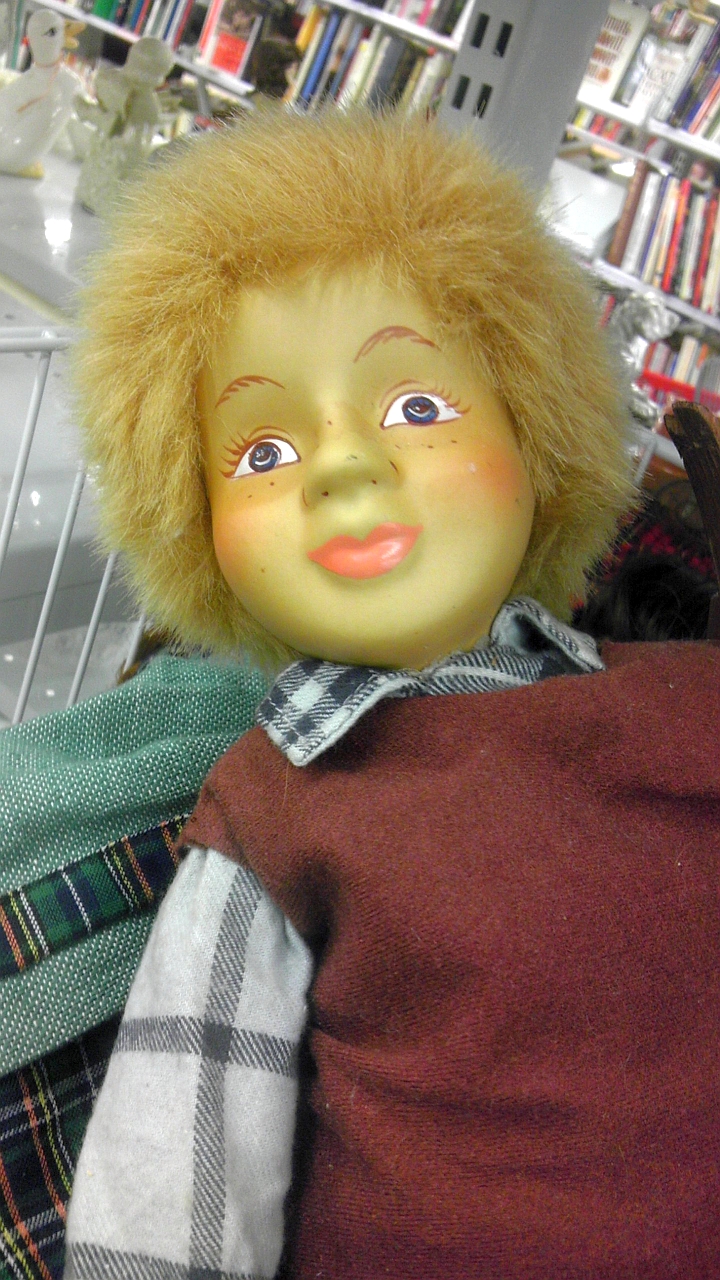 2.  Weird creature!  Don't adjust your monitor--he/she/it really is that color.  Why?  I do not know.  I just take the pictures.
To be honest, I'm not sure what this is supposed to be.  To me, it looks like nothing more than the offspring of a human and a hedgehog.
I should totally start buying these things and leave them lying around the house. 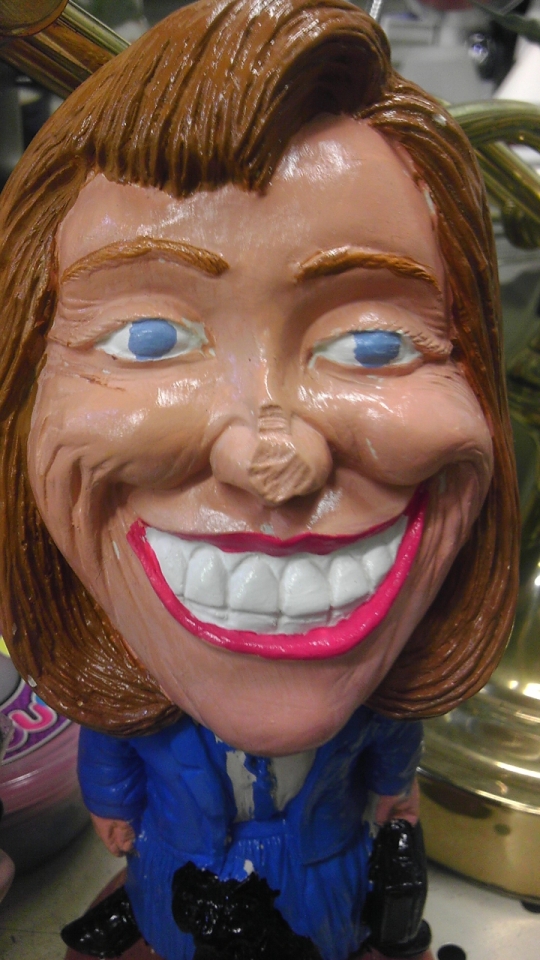 3. Bad nose-job bobblehead!  This has so much fail I don't even know where to start.  There's that nose, for one.  It's pretty big even with part of it broken off.  How big was it originally???  And that smile.  I don't even...  Who is this supposed to be?  Why does it even exist?
I wanted to buy this and label it "Smile, darn ya, smile!" (extra Internet Points to anyone who gets the reference.)

In order not to leave you with a bad taste in your mouth, I present you with the following totally-unrelated-to-anything-else video.  This is now my all-time favorite commercial.  I can't figure out who I like best;  Janette?  Her customer? The bored husband and grandchild?  The two gals under the dryers?  The sandwich itself?
If anyone out there lives near a Pals, please go there and get one of these and report back.

Linking up with all the fabulousness at Sir Thrift A Lot, The Remnant and The Nifty Thrifty,

Email ThisBlogThis!Share to TwitterShare to FacebookShare to Pinterest
Labels: wtf