I hope you had a better week than I did, 'cause mine was kind of pathetic.  Not as bad as a couple of weeks ago, but pretty sad nonetheless.

We had good intentions, but were thwarted.  Turns out this was the Goodwill's weekend for their company picnic.  This happened last year as well.  Now, we were at all three of the closed Goodwills last week.  Did any of them have a sign in the window?  No.  I mean really--is a week's notice too much to ask?  Geez.

So.  I wish I had some chatty news to share, or an amusing story at least but...yeah.  I got nothin'.

Well, okay, here's a little story.  Remember last week when I was looking for some Butterfly Gold plates to replace my Exploding Centura?  First time in months I didn't come across any. Or any Corelle, for that matter (I wasn't locked in to Butterfly Gold.  I'd have taken pretty much anything.)  Well lookie what I found this week: 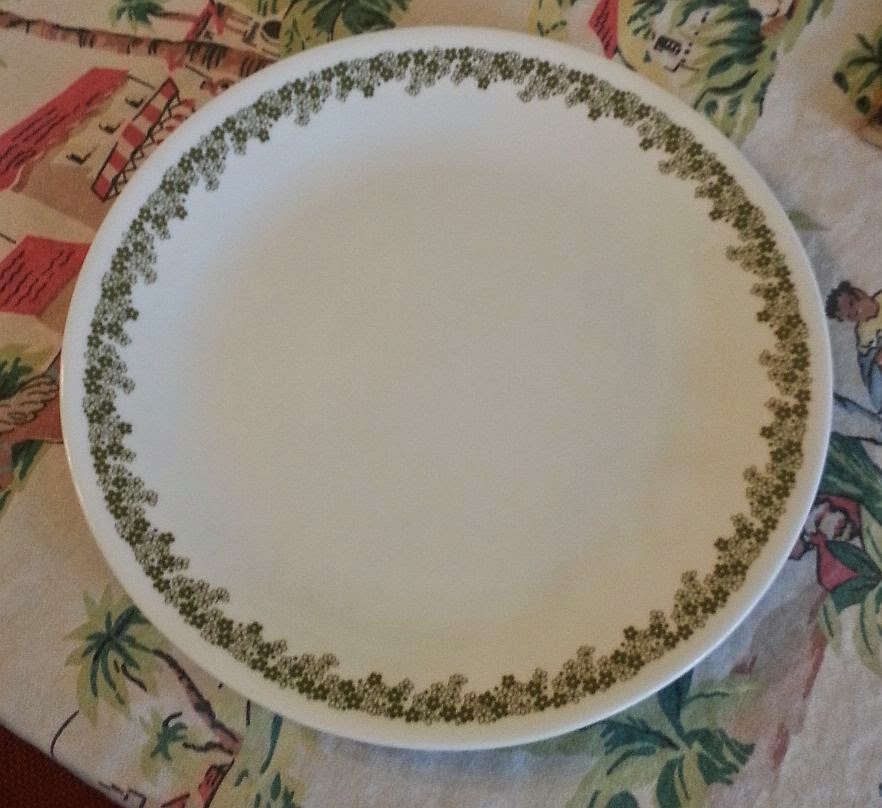 1.  Spring Blossom Green!  So now I feel a little better that I won't be exploding any more dishes in the microwave.  I fully expected to pay a buck a plate for these, which I was okay with because it would save my better china. Imagine my shock when I saw they were bargain priced--Goodwill, $0.48 each.

And that's it for thrifted finds, I'm afraid.  Hubs and I also stopped at a flea market, but other than a couple more tubes of Avon hand cream, neither one of us found anything.

I haven't done this in a while because I haven't made anything interesting lately.  Yesterday, I made a dish from White Trash Cooking: 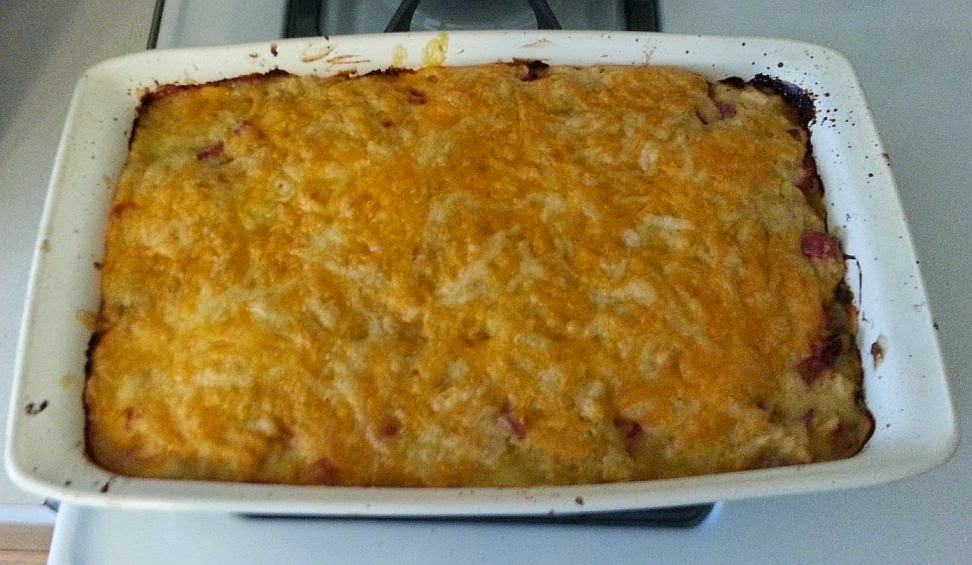 Nobody's Corn Topper Casserole!  I offer this up not so much as a look at something tasty, but more as a warning.  Don't make this.
The ingredients seemed okay--green beans, onion, ham, cream of celery soup, creamed corn with a little Bisquick added (??)  I put some cheese on top because it seemed to need it.  Hubs, who doesn't like creamed corn said that was all he could taste.  All I could taste was the green beans (canned green beans are as bad as canned peas.)  It was both extremely salty and extremely bland at the same time, oddly enough, and the undiluted soup was a bit cloying. And the ham had a weird, pointy mouthfeel.

It looks kind of good though, doesn't it?  Which only served to increase our disappointment.

I probably shouldn't even bother, considering, but I'm going to go ahead and link up with  Sir Thrift A Lot, Thrifter/Maker/Fixer/Farm, and We Call It Junkin. anyway.