So it was a very busy week here at Fondue HQ.  Busier than a lazy guy such as myself really enjoys.

I didn't technically get any thrifting finds this week, but I have one from a few weeks ago to report on.

But first, here's what happened at the HQ: 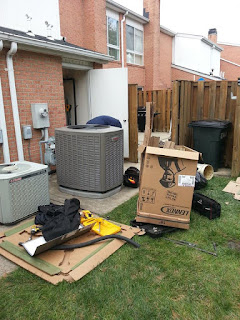 We Got a New HVAC System!  I knew this was going to happen when we bought the house; the original system was still in place and 20 years old.  Apparently, anything older than 15 is living on borrowed time.  I managed to wring one last summer out of the AC but decided to replace everything while it was still running.  That way I could do my research instead of having to make a hurried decision because we had no heat and it was 20 degrees out.

That new A/C unit up there is about the size of a Toyota.  Which makes sense, since that's about how much it cost. 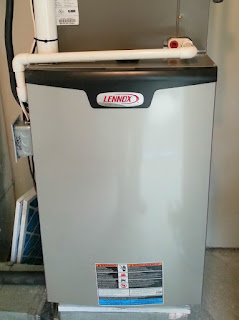 Furnace!  This is our fancy new multi-stage, variable speed  super-efficient furnace.   How fancy is it? 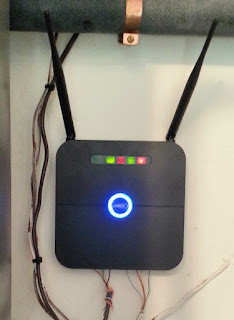 It comes with its own WiFi.  If there's a problem, the HVAC company will know about it before I do.  Plus 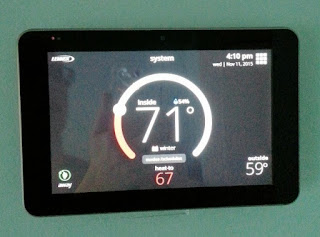 The thermostat is practically an iPad.  This will do everything but make the bed. 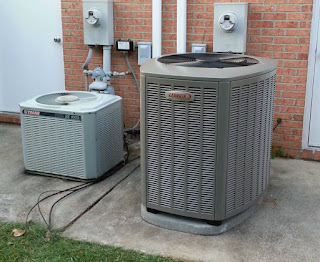 See what I mean?  It's the size of a Corolla.  It's also super-efficient with more features than I can name (or remember.)

Also, that very same day, we had new rollers installed on one of the patio doors.  No pictures of that because, well, because it was boring.  But while the guy was here, I had him cut down the mirror that we removed from the powder room so that it would fit exactly on top of a cabinet we have.  So that was one more little project done.

As for the thrift find, here they are: 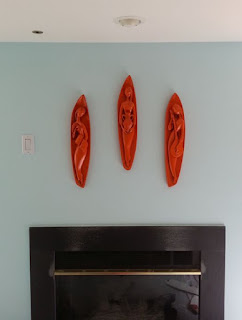 The Girls!  We found these plaster plaques a few weeks back at one of the Goodwills.  All three were chipped, but not too badly  Nothing that a coat of spray paint wouldn't hide, anyway.  It took a few weeks until we had a nice enough day to paint them, and they took longer to dry than I thought they would.
I wasn't looking forward to hanging these up because I needed to plan the spacing, etc. correctly so I didn't have to redo anything.  At first, I thought we'd do them all at the same level, but Hubs and I decided we liked them better this way.  Here's a closeup: 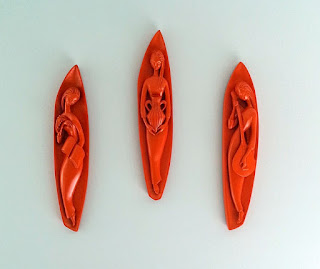 I thought they were muses, but Hubs pointed out logically that there is no muse bearing water.  So I guess they're just three random gals.

What I Made Department

On the same day everything else was happening, I also got a head start on my Christmas Cookie Extravaganza: 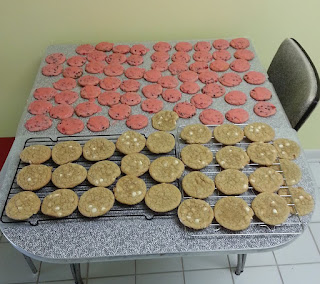 Okay, so not a very impressive start, but it was about all I could handle.  Those are my Cherry Jumbles and Platinum Blondes.

And that's really all I have for this week, kids.  Linking up with Thriftasaurus.