Anyway, you can probably guess that last week was less than fruitful, thrifting-wise.  I did a little better this week.  Nothing truly exciting, still, I'm happy with what I got.

As an aside, it seems like the thrifts have been overflowing with stuff lately.  Crap, of course, but a lot of it.  Have you noticed that too?  I just wish there were something a little better than Wal Mart junk with all the Christmas stuff they're putting out.  Oh, well.  First World problems, right?

So here's what I got! 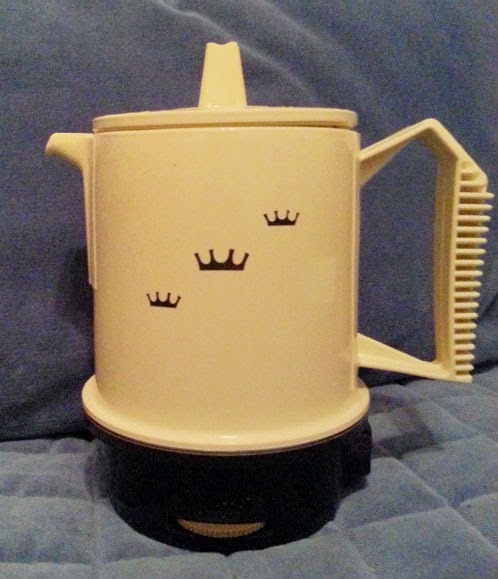 1.  Regal Hot Pot!  I picked this up because of the coffee situation at work.  I could join the coffee club, but it's a Keurig machine and I think those little pods are way too expensive, not to mention they create an unholy amount of trash.  I used to percolate my own, but the only facilities for washing out the pot, etc. are not very convenient.  So I'm going to see if I can get used to drinking instant.  It used to be pretty nasty, but maybe they've improved it in the last 20 years?  Savers, $2.00. 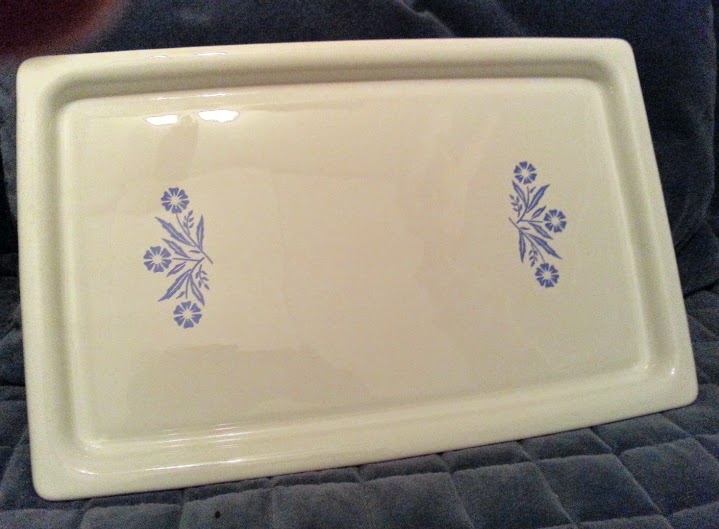 2.  Yes!  More Corningware!  Hubs pointed this out to me, but I said we already had the serving tray.  I looked more closely though, and discovered this was the Electromatic Heating Tray!  Yay!  You can never have too many heating appliances when the holidays come around.  Unfortunately, the cord for the Electromatic percolator doesn't fit.  Dang,  Now I'm going to have to look for one on ebay, and you can bet it'll be 'spensive.  Goodwill, $5.00.

What I Made Department: More precisely, what I didn't make.  These:


"Meatballs Deluxe."  To be honest, I almost made these.  I had everything done to the point where they were simmering.  I leaned over and took a whiff...  Disgusting.  Really foul.  Horrified, I tasted the sauce.

Easily the worst thing I ever put in my mouth.  Ever.  You cannot imagine how vile this was.

Thinking quickly, I scooped out the meatballs into a strainer and rinsed them off.  Even the garbage disposer gagged when I unloaded the sauce.  I made some brown gravy and saved the day.  But it was a close call, lemme tell you.

Job Update:  Things are settling down some, which is a good thing.  There were a few glitches to take care of, but nothing major (so far.)  It'll take some time before everything beomes routine but isn't that always the way?

And that's it for another installment.  Linking up this week with Sir Thrift A Lot, Hey What's For Dinner Mom?, We Call It Junkin  and Vintage Bliss Tuesdays