To be up front about this, I have absolutely no thrift finds to share with you this week.  Hubs and I didn't get to do our normal rounds, as we were doing an outreach thing for his work.  Still, I have a couple of things I can share if you want to stick around.

So, the new job.  It started last week and we were promised a smooth transition: "We've done this before.  We know what we're doing."  Unfortunately, we took our New Overlords at their word, which was a mistake.

Not that it was a complete clusteryou-know-what, just a partial one.  Things that weren't supposed to fall between the cracks are not only down there, but almost irretrievable.  But it'll get better, right?

And that's pretty optimistic, considering that I'm one of the things between the cracks.  As of Monday, I have the odd position of being both working and unemployed at the same time.  With luck that'll change this week, though really, it's anyone's guess at this point.

One of the things we were warned about by those who went first was the accommodations, or lack thereof.  Lunchroom space is at a premium and I was warned that the toaster oven was "unspeakable."  That was confirmed.

WARNING:  Gross toaster oven picture ahead!  Embiggen at your own risk!! 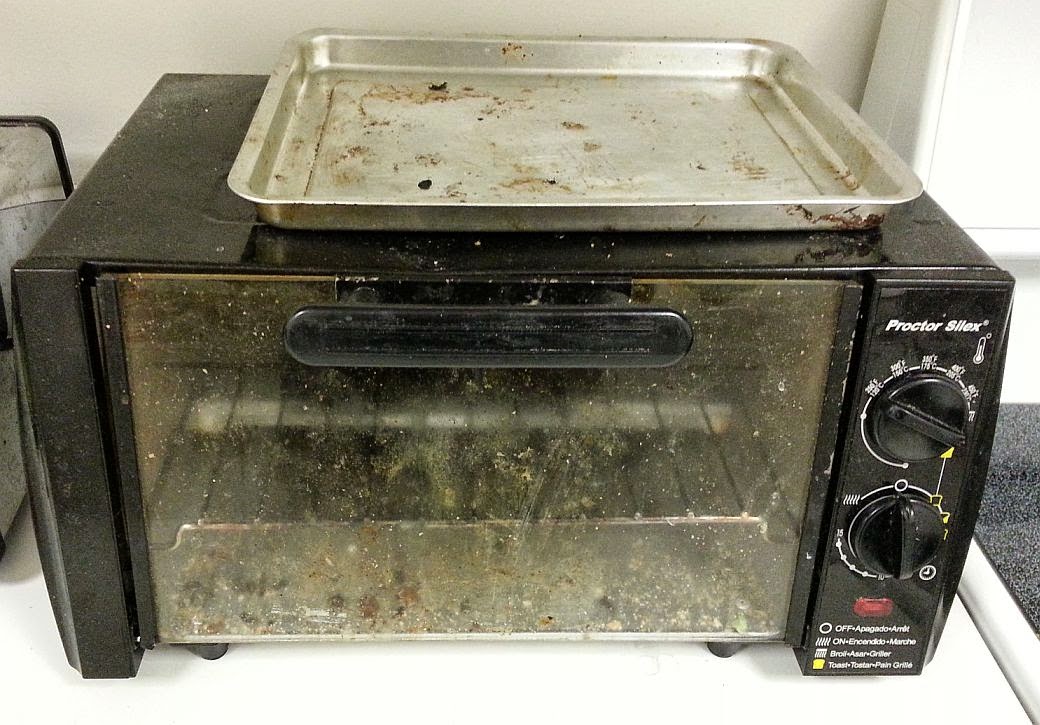 
But enough about that.  Too much complaining just makes me grumpier, and nobody wants that.  So let's switch topics and talk about some thrifty finds, 'kay?

Thrifty Buy of the Week!

I don't generally think of Staples as a place to buy anything other than office supplies, and that's a mistake.  F'rinstance, I once got the world's biggest box of Hefty Kitchen bags from Staples for like 9 bucks. Really, a lifetime supply.  A couple of weeks ago, I passed over 48 double rolls of Quilted Northern toilet paper for $19.00 because where the heck am I going to put the equivalent of 96 rolls of toilet paper?  The only thing I could do would be to throw a tablecloth over the box and call it an end table.

I couldn't pass up one of this week's specials-- 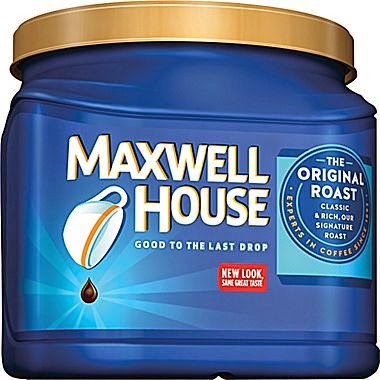 Thirty ounce can of Maxwell House Coffee--$4.00!  There was a limit of 2 so I got two of 'em.  These are easily twice the price--on sale--at the supermarket.
UPDATE:  I ordered two more online this morning with no trouble.  The limit might just be for in-store purchases.

And another good part--they're being delivered to my door.  If you're a Staples Rewards member (and membership is free), you get free shipping on every order.  I would recommend signing up.

And that's about it for this week, I'm afraid.  I was looking forward to a nice, relaxing weekend that didn't happen.  I'm hoping that Hubs and I are able to make our usual rounds next weekend--and that we'll find plenty of good stuff to report!


Linking up with  Sir Thrift A Lot, Thrifter/Maker/Fixer/Farm, We Call It Junkin  and Vintage Bliss Tuesdays