How was your Thanksgiving?  Ours was lovely--there were eight of us, which is a nice, manageable number.  Unfortunately, I offered the leftovers to our guests and everyone took me up on the offer!  There was hardly anything left but two drumsticks (nobody likes 'em.)  I mean, the whole point of doing Thanksgiving is to have leftovers.  That's the last time I make that offer, I tell ya.

The menu was simple:  Turkey:

And I got to use the new Corningware roaster I got a while back.  Worked great, and it was incredibly easy to wash, too.

So I had no idea I had been gone for so long; almost a month.  And the reason is that the thrifts have yielded absolutely nothing.  Zilch.  Nada.  They all seem to have a ton of stuff, but nothing worth actually buying.

Naturally, I've been looking for Christmas stuff, but it's all Walmart and Dollar Tree crap.  I am so sick of that stuff, aren't you?  Where are the Shiny Brites that other people are finding?  Where are all the cool Napco pixies?  Where are the knee-huggers? Huh?  Where?

Not here, that's for dang sure.

And another thing (can you tell there's a rant coming?)  I think whoever's doing the pricing at the Westminster Goodwill is certifiably insane.  Not only are the prices outrageous, but get this:  they put these bigass price stickers on each individual Christmas ornament.  Can you imagine?  You can barely get them off something that can go in the dishwasher; if you try to peel one off an ornament, it's completely ruined.  Be interesting to see how many they sell.

Saturday, there was a little basket of seashells that someone had collected on the beach.  Not big, exotic shells, just common, ordinary ones. Each one had a price sticker on it.

As I said, insane.

But it's not all bad news and grumping!  Nosiree.  'Tis the season and all that, so I'm trying to be my jolly best.

So though I have no official Thrifting Finds to report this week, I do have this, which is actually an ebay purchase: 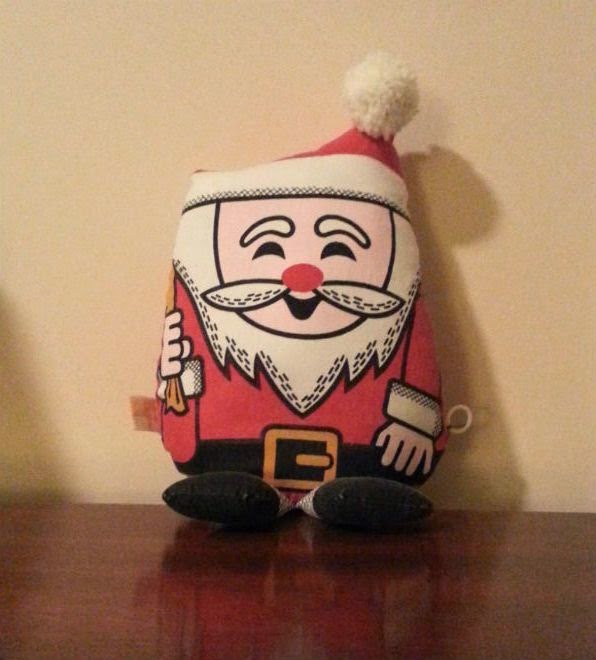 Mattel Santa Claus Patter Pillow!  I've wanted one of these for quite some time, but they generally go for more money than I'm prepared to pay, especially if it's working. This one was fairly cheap, though he didn't talk.  So I opened him up, un-stuffed him, washed him, fixed his voice box, and then re-stuffed him and sewed him back up and made a new pompom for his hat (it's not actually sewed on in the picture, but you can't tell.  Special Effects!!)  If anyone wants, I'll make a little video of him talking.  I really love this lil' fella. 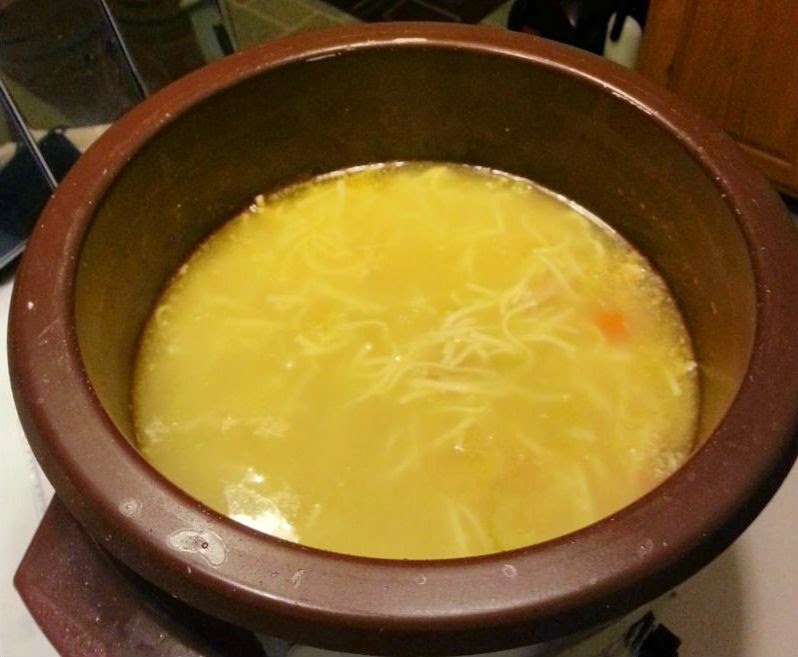 Gallons and Gallons of Turkey Soup!  It doesn't look like much here, but there was another big container of it cooling on the balcony.  This is what I used the drumsticks for.  Delish. 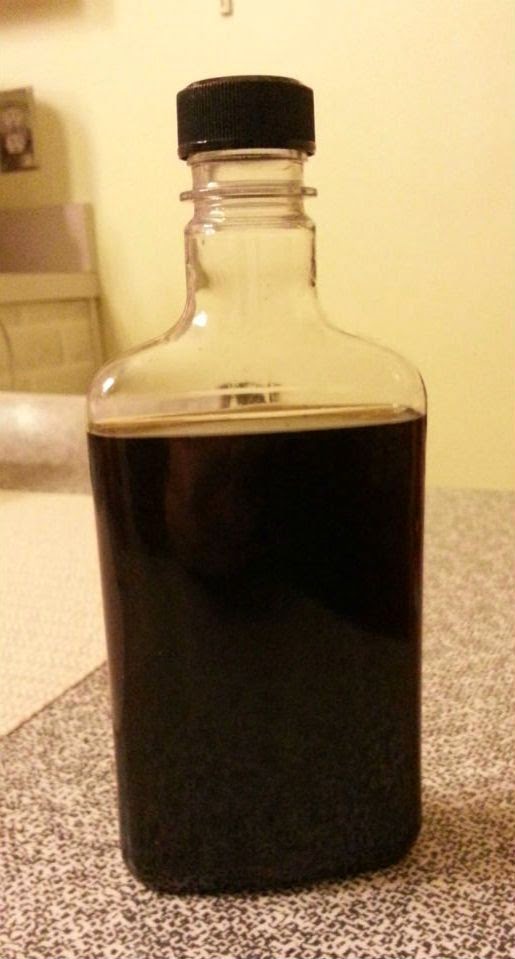 Homemade Vanilla Extract!  Sharp-eyed readers will remember when I started this about a month ago.  Wellsir, it was finally ready so I decanted it into the original vodka bottle.  Smells good, though I'm not sure how it tastes.  We'll find out soon enough, when I start my Cookie Extravaganza.

And that's all for this week.  Since it's been a while, I'm going to go ahead and link up with the Usual Suspects.  I think that'll be okay, don't you?  Sir Thrift A Lot, Hey What's For Dinner Mom?, and Vintage Bliss Tuesdays