If you read this post, you know what happened at Chez Fondue yesterday.  I will say that if I had to do it again, I would do it the same way.

I am in no hurry to do it again.

I didn't take many pictures, because a floor with the linoleum peeled back is hardly compelling.  The electrical work was somewhat more interesting: 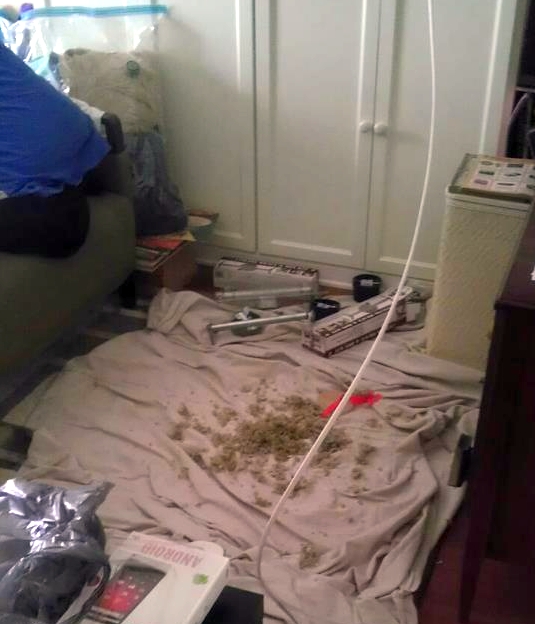 (...but not much.)  This is the output of cutting into the ceiling.  Fascinating, no? 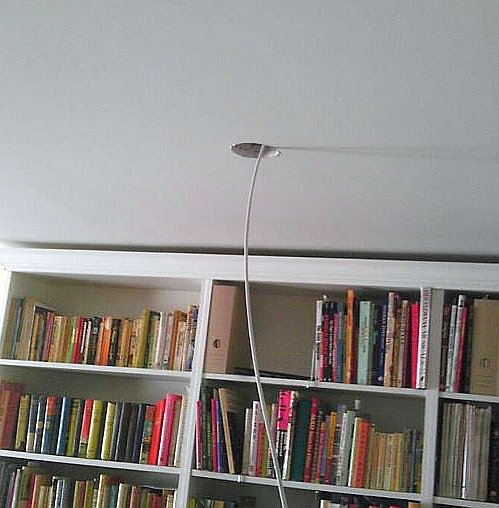 And now you understand why I didn't take any more pictures.

Well, by 1:00, the kitchen floor and the shower were done.  They told me they probably wouldn't be able to get rid of all of the squeaks in the kitchen, but I'd say they got 95%, and I'm really happy about that (technically, they could fix them all, but it would involve ripping up everything that's there and starting fresh.  Yeah, not happening.)  The new grout in the shower is blindingly white.

By 1:30, the electrician was finished, and I now have three lovely wired ceiling fan boxes--two in the master bedroom and one in the den.  Fans have not been purchased yet, but I'm working on it, and I'll install them myself.

At 2:00 the last scheduled worker (hint: rhymes with horizon...) still wasn't there.  He did finally show up at 2:15, under-informed and ill-prepared.  This should come as no surprise to anyone who has dealt with this company.

He finally finished around 5:00.  Apparently, he would have finished sooner but didn't think to check if maybe some of what he was looking for might be at the other end of the building, which it was.

But it's done.  And I'm glad.  More than that, I'm happy.  I have a much quieter kitchen floor, a newly grouted shower, potential for three ceiling fans, and faster internet.

I did some math (yes!) and once I get the ceiling fans, that'll pretty much use up all my tax refund.  So a few other projects will have to wait.  Like a new rug for the dining room.  And a new rug for the den.  And getting the sofa cleaned.  And new kitchen curtains...